According to an E! Online report, Lizzie Maguire has split from her husband of three years, retired hockey star Mike Comrie.

1. There is No Mention of Divorce

The split is amicable according to a statement:

Hilary Duff and husband Mike Comrie have mutually decided to an amicable separation. They remain best friends and will continue to be in each other’s lives. They are dedicated to loving and parenting their amazing son, and ask for privacy at this time.

Mike and I are sitting here,we are so appreciative for all of your kindness& well wishes. Not an easy day but we're getting thru it together

They’ve been married since August 2010 when they were wed in Santa Barbara, California. They first started dating in 2007.

3. They Have One Son Together

They have one son together, Luca Cruz Comrie, who will be 2 in March, according to TMZ.

4. Everything Seemed Rosy Between Them

The couple were photographed out and about together in a Los Angeles park three days ago.

Comrie retired from the NHL in 2012 citing a hip injury. 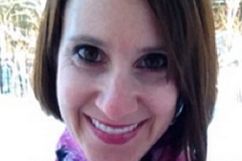