Two Vine stars are caught up in a rape case. Allegedly, Curtis Lepore has sexually assaulted Jessi Smiles. Currently, Curtis has stated that he is not guilty of the crime, but only time will tell … Read on for the facts of the case.

UPDATE: Curtis Lepore has posted a Vine thanking all who have supported him during this difficult time. In the Vine he also states that the rape charge has been dismissed, according to Wegman & Levin Attorneys at Law. The sentencing has been put off until next year as Lepore has pleaded “no contest” to assault.

1. Lepore Was Arrested In October on Charges of Rape

After being arrested in October, Lepore was released on $100,000 bail and has presently pleading “not guilty” to the charges. Lepore’s lawyer has stated that:

Things are not always as they appear and there are two sides to every story.

And so, it’s unclear whether Lepore actually committed the crime as of right now.

2. It All Went Down When Smiles Was Recovering From a Concussion

I stopped living my life 6 months ago for a very long time and that is NOT going to happen again. This is all I will say. Love you all.

Apparently, the couple broke up this past August, but the two stayed somewhat close. After the breakup, TMZ writes that Smiles suffered a concussion while filming one of her Vine videos. That’s when everything supposedly went downhill. Sources told TMZ:

Curtis then called her and offered to help her while she was recovering. The victim claims Curtis came over, Jessi fell asleep and that’s when he allegedly raped her.

3. Smiles and Lepore First Got Together Because Of Their Fans

They initially got in touch via the social media platform last summer and subsequently met in person in NYC … in front of hundreds of their Vine fans.

Jessi Smiles and Curtis Lepore are slowly taking over my life and I'm not the only one. I'm just able to admit it. pic.twitter.com/I4CpMqmcb7

According to TMZ, Jessi Smiles received a ton of threats after the news of this case broke:

Smiles was inundated with vicious death threats and accusations that she made up everything and then leaked the story to the media.

4. Some of the Vines The Couple’s Done Together Have Been Removed

As you see, there is no Vine for this post. This is the case with a few of them. However, I did find one where the once couple is seen trying to get “comfortable” on the couch. Check it out below:

Since the news has spread of Lepore’s arrest, Lepore has posted the below tweet to his followers:

There are 2 sides to every story. When the time is right I'll have something to say. For now, don't rush to judge. pic.twitter.com/sGNzmyOBAA

He also put out the below Vine:

5. Smiles Posted Some Tweets In October Which Hinted at Troubled Waters

People are so crazy in this world. Please be safe.

In October, when Lepore’s arrest and the alleged rape occurred, Smiles posted several tweets about her sadness and how people need to be careful. Clearly, Smiles was severely affected by the incident with Lepore as she tweets words like:

I don’t feel like living on this planet today. Goodbye.

You can read her heartbreaking tweets below:

Where are the good people at…any left?

I don't feel like living on this planet today. Goodbye. 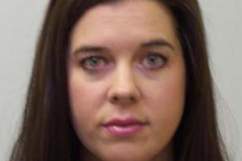