It all started when Liam Payne of One Direction sent a tweet to Duck Dynasty’s Willie Robertson, which sent One Direction fans and the media into major panic mode.

Wow. Very confused and disappointed by this @Real_Liam_Payne tweet. This literally changes everything… pic.twitter.com/aQajQdJhfQ

It ended by Liam having a full-fledged Twitter rage, tweeting 11 times in 23 minutes and making the hashtag lazyjournos a worldwide trend.

According to Liam, he just said that he liked the reality show Duck Dynasty.
But journalists took his comment to mean that he supported the aforementioned “family values” of Phil Robertson, the show’s patriarch.

In December, Phil notoriously offended the gay community by these comments he made to GQ:

Everything is blurred on what’s right and what’s wrong. Sin becomes fine. Start with homosexual behavior and just morph out from there. Bestiality, sleeping around with this woman and that woman and that woman and those men. Don’t be deceived. Neither the adulterers, the idolaters, the male prostitutes, the homosexual offenders, the greedy, the drunkards, the slanderers, the swindlers — they won’t inherit the kingdom of God. Don’t deceive yourself. It’s not right

Payne had absolutely no patience for what he referred to as the reporters “lazy” reporting skills, creating the hashtag #lazyjournos

In one tweet, he included a picture of some of the misleading articles on Mirror, Perez Hilton, and Digital Spy.

Look at this shit I never said any if that write about something real for once there's plenty of issues In the world pic.twitter.com/FDsqtyr5Ht

Things took a dramatic turn when he used a curse word to refer to the media, telling them to let him live his life without their scrutiny.

The fresh-faced icon knew he would be getting a backlash for his not-so-nice language. He foreshadowed this by saying,

To be sure he wasn’t offending the many One Direction fans on Twitter, he posted this:

All those tweets are aimed at journalists and bloggers not fans

He ended his rage after midnight, with this final sendoff:

The next morning, Liam’s sister Ruth explained her brother’s actions.

After all this, dedicated One Direction fans still sent their unwavering support. In fact, they even jumped on Liam’s bandwagon with anti-journalistic sentiments.

The rumors they make up about One Direction & other stars are ridiculous… Seriously stop. Get a life. #lazyjournos pic.twitter.com/Uy76puVMr4

To add to the controversy, Liam and Willie are now following one another on Twitter.

Willie, who doesn’t follow many people on the social-networking site, added Liam most recently, as the 87th handle he views. Maybe One Direction will make a guest appearance on Duck Dynasty one day. 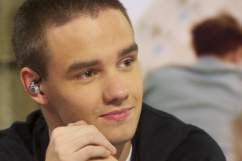 One Direction’s Liam Payne Tweets His Support for ‘Duck Dynasty’