While American Idol showed many contestants not knowing who new judge Harry Connick, Jr. was, there was one contestant who completely “idolizes” Connick. Young Munfarid Zaidi revealed to Connick that he reads his Wikipedia page every night before he goes to sleep. Connick was so excited to hear that he had a fan that he ran over to the skinny boy, picked him up in the air and just held him. It was somewhat awkward, but pretty funny.

Now, we don’t want to upset Munfarid Zaidi, but apparently, he isn’t the only boy getting cradled by Harry Connick, Jr. Exhibits A and B are below: 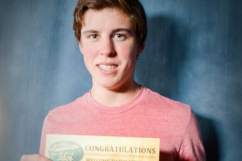 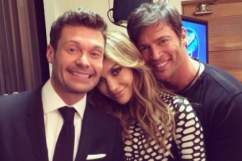