Colin Jost, 31, has been named by SNL as the new anchor of the show’s famed Weekend Update segment, replacing the outgoing Seth Meyers, reports Deadline.com.

1. He’ll Be On the Show Starting in March

He will take over the role in March 2013 on Saturday Night Live, after Meyers’ farewell to the show on February 1. The former anchor of the segment is leaving to take over from Jimmy Fallon on Late Night.

According to US Magazine, the couple met at Seth Meyers’ wedding in Martha’s Vineyard in September 2013. A “source” told the gossip mag in October 2013, “She’s known him for a while, Rashida is into him. She likes that he’s funny.”

3. Jost is an NYC Native

4. Jost is an Ivy-League Graduate

He’s a Harvard graduate who served as editor of the famed Harvard Lampoon.

5. Jost Was One of SNL’s Youngest Ever Hires

He’s been on staff at Saturday Night Live since he was 22. Jost was first hired by the show in 2004 and risen through the ranks since then, culminating in being named head writer in 2012. 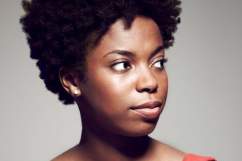