In an interview with Sasha Pieterse for Hollywood Life, the Pretty Little Liars star reveals a couple spoilers for the winter premiere episode, which airs tonight. The two biggest topics discussed with Sasha have to do with Caleb and Hanna reuniting as well as Alison’s possible revenge. Check out the interview below:

But, that’s not all … The biggest spoilers came from executive producer Joseph Doughtery. He gave it all up to E! News, answering some of the fans’ biggest questions …

– First of all, the liars are not happy that their former best friend Alison is alive.

– Doughtery gives away a big secret from the premiere:

Ezra (Ian Harding)—aka our newest evil mastermind—reveals to Aria that he has a new lair in the woods. This cabin has everything that A could ask for: It’s secluded, there’s no internet or cell service, and it’s creepy as hell. Oh and don’t forget to keep an eye out for the scary secret basement. Two words: Aria, run!

– Spoby fans will be pleased to hear that Spencer and Toby will reunite and kiss in the first episode of season 4B.

Prepare yourselves, Emison fans because Emily will be going on a rollercoaster ride of emotions in tonight’s premiere. From disbelief to frustration and a whole lotta anger, we’ll see Emily tackle her feelings about Alison’s return with ferocity and strength. Oh and did we mention that she reveals intimate details of her past with Ali to Paige (Lindsey Shaw)? The secrets are coming out y’all.

– Mona stars to see that there could be another “double agent” in Rosewood when it comes to Ezra.

– As for Caleb and Hanna’s relationship, though they reunite, it won’t be an easy ride. Doughtery tells fans to get the tissues ready.

RT if you are ready to learn more about Ali in the upcoming episodes of #PLL! #AlisonisAlive pic.twitter.com/exzMVzNezt 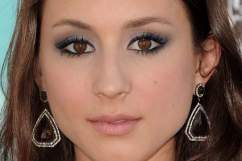