Independent films have the ability to offer more substantial themes, imagery and camera work than some of Hollywood’s bigger blockbuster movies. One of the more premier independent short films coming soon looks to be one of the more notable projects of 2014.

SHEP Films has raised $21,298 (its original goal was $18,000) through its Kickstarter campaign for a sci-fi short film titled Prospect. The director of this film (Zeek Earl) and writer of this film (Chris Caldwell) have finally released a short trailer for their short film, which shows off the hostile environment that a teenage girl must brave on a foreign planet. Check out the trailer in the above video.

The full version of this interesting short film project should be online sometime soon. Zeek Earl gave a short description of what online viewers can look forward to:

Prospect is the unusual coming-of-age story of a teenage girl on a toxic alien planet. She and her father hunt for precious materials aiming to strike it rich. When the father is attacked by a roving bandit, the daughter must take control.

Take a peek at the short film’s concept reel footage above, too. 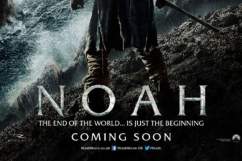