Si Robertson, the wise-cracking younger brother of Phil, gets us laughing in every episode. The 66-year-old is definitely still a kid at heart and there’s no telling what he’ll do in any episode.

In May, he released a country music album, “Me and My Smoking Hot Honey,” and we’re hoping to see Uncle Si break into song on the reality show.

1. He Served in Vietnam and Takes the Cup He Had There Wherever He Goes

Silas Robertson, aka Uncle Si, takes a blue plastic cup around with him all the time. It has special meaning to him since it was to sent by his mother and accompanied him at war. The cup has taken on a life of its own since it’s been featured on the show. In fact, it has its own Facebook page, Si Robertson’s Cup, with over 7,000 followers.

He even told Parade about it:

2. Even Though Fans Thought He Was Single, He Has a Wife Who Isn’t on the Show

Married for over 40 years, Si finally cleared up the rumors about his love life by posting this picture on Facebook in December of 2012. The accompanying caption he wrote went like this:

Everyone’s been asking so here ya go…This is me and my wife Christine, we have been married 43 years…Loved her then, Love her still, always have, always will….and you can take that to the bank, JACK!!

You will never see his wife on the reality show. Si reveals that she may be smarter than all of them by choosing to avoid the limelight. He told Parade:

She doesn’t want any part of it. It’s very simple–she’s got better sense than all the rest of us!

The couple has two children, a son Scott, and a daughter, Trasa, and eight grandchildren.


3. He Wrote a Bestseller That Revealed Family Secrets

He was also very honest about his struggles with alcohol, and said:

I drank so much beer and whiskey in Vietnam that I decided I would quit drinking alcohol altogether once I returned home,” he writes in his book. “I saw what alcohol was doing to me in Vietnam and realized I needed to stop for good.

4. He Loves Saying ‘Hey!’ and Has Tons of Funny Quotes

Uncle Si says “Hey” so frequently that A&E compiled the above video of all the times it’s come out of his mouth. His nephew, Jase, said, “The word, ‘hey,’ is like a fabric woven into Si’s character.”

He is also known for his unforgettable quotes. They are so popular that a Twitter handle, @UncleSiQuotes, was created in their honor.

I was a playa before there was even a game!

5. He Doesn’t Stress Out Over His Job at Duck Commander

His job at the family company, Duck Commander, is to make the reeds that are inserted into every duck call. 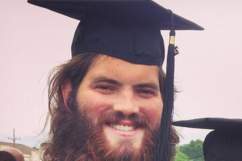