The worst-kept secret in wrestling is finally going to be revealed right now! World Wrestling Entertainment is hitting up CES 2014 with several big names (Vince McMahon, “Stone Cold” Steve Austin, Triple H, Shawn Michaels and John Cena) will be on hand to commemorate the big news sorrounding the WWE Network. The live stream is here for all you wrestling fans to see. Check out the big WWE announcement above and get ready to spend your days watching hours of wrestling on the WWE Network! 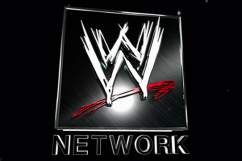