Woody Allen received a huge honor tonight at the 2014 Golden Globe Awards. Allen was honored with the Lifetime Achievement Award. However, Allen was not there to accept the award because he does not feel he’s influenced the industry enough to receive the honor. In the past, Allen has skipped out on other awards, so this isn’t too much of a surprise.

Emma Stone gave the introduction to the award before a short video compilation was shown, covering Allen’s amazing body of work. Then, a silver-haired Diane Keaton came out on stage to accept the award for the talented Woody Allen. Though Keaton spoke on behalf of the star, he did have a few words for viewers…

Immortality via art is no big deal … I would rather live on in my apartment.

At the end of Keaton’s speech, the Annie Hall star sang what’s also known as the Girl Scout anthem “Make new friends and keep the old, one is silver and the other’s gold”.

Here's the Al Hirschfeld cartoon that appeared behind Diane Keaton during her #GoldenGlobes song. Love it! pic.twitter.com/quRwVAbfcq

On an interesting note, there was a part of Keaton’s speech that was completely bleeped out, so no one really knows exactly what she intended to say:

Diane Keaton forces NBC to hit the profanity button for a full vine and no one knows what she said. https://t.co/15aFSfFEAQ 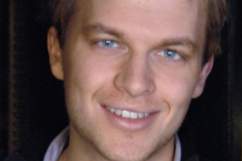 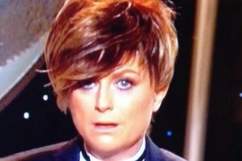 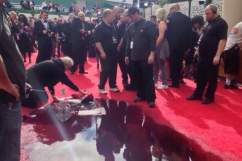