A Great Big World is a pretty small group, in fact it’s only made up of two musicians, Ian Axel and Chad Vaccarino. The pair released their first full album, Is There Anybody Out There?, in January, but they already had a hit song in “Say Something” way before then. Here’s what you need to know about the New York-based musical duo.

1. Christina Aguilera Heard Their Song ‘Say Something’ and Emailed Them

On their website, the boys explain how the collaboration came about:

We got this email from her that was written like a poem about the song,” Axel recalls. “She told us that she wanted to work with us, and we were completely floored. We couldn’t believe it. A week later, we were in Los Angeles recording it with her.

Axel told Elle magazine how he knew their lives were forever changed after the songstress reached out to them.
He said,

I started shaking because I didn’t process it but I knew at my core what this meant for our lives. I knew that it was going to be different forever.

Aguilera and A Great Big World sang the song with Aguilera on The Voice.

2. The Day After They Performed on ‘The Voice,’ the Song Hit Number One

The three of them performed the song on The Voice and the next day, it was number one on iTunes.
Axel told Elle what it was like to hear their song on the radio for the first time.
He said,
“The minute that we plugged it in is when they played it and we both just shut up. We were so silent we went into our own worlds.”

The men wrote the song about unstable relationships they were both in at the time. In an interview with Elle, Axel said,

We were both in toxic relationships in our minds and we thought these two people were people who they were not. It was four years ago and we were younger. We were afraid to let go.

Although most people only know of their first hit, Vaccarino told Out magazine that he hopes people will enjoy the other songs off their new album just as much:

I think it’s an awesome thing because people don’t know this music at all and all they know is “Say Something,” so I’m really excited for people to hear other music and for them to know that I sing, too. I don’t know, I hope they like it and are accepting of that sound.

I remember this one time someone came up to me – ‘So, Ian, I was just talking to your boyfriend.’ A lot of people assume we’re a couple,” Axel says. “[But] we definitely feel like an old married couple.

The boys informed Elle of their relationship statuses.

Axel said, “I have a girlfriend and she really keeps me grounded. Makes me normal.”

Vaccarino is single. He said, “I’m actually very single and looking. But it’s hard finding a relationship when you’re on the road! I want to explore this part of my life because I haven’t been able to.”

4. They Met as Students at NYU

They first found each other in practice rooms at the university in 2005. In 2012, they formed A Great Big World and put out a six-song EP funded by Kickstarter. A song they wrote “This Is the New Year,” went viral and Glee asked them to use it in a February 2013 episode.

In fact NYU did a profile on the famous alumni on their alumni website.
The school asked the boys what they got out of their college education.
They answered:

NYU was incredible. Two of the biggest things we got out of NYU: One, we were completely aware and educated on what a good and bad deal /contract looks like. When we went in to sign with Epic Records, we knew what we wanted, what was standard for artists in the industry, and if there were any contract points that didn’t feel right. And two, the relationships we made at our internships are relationships we still have. The music industry is small and filled with people who graduated from NYU’s music business program. That’s definitely played to our advantage! Finally, we met each other.

5. They are the First Musical Guests on ‘Late Night with Seth Meyers’

In Seth Meyer’s first-ever show he has chosen the group to perform. Other guests this week include Brad Paisley, and The John Mayer Trio.

@AGreatBigWorld We can't wait to see you guys tomorrow! #LNSM 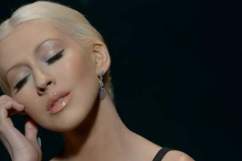