The guitarist from the band Devo, Bob Casale, has died at the age of 61, his brother, Gerald, also member of the band, confirmed to TMZ.

1. He Died of Heart Failure

Casale died on February 17 due to complications caused by heart failure.

2. Devo Were One of MTV’s First Stars

They attained major success with their hit “Whip it” in 1980. The band received heavy rotation during the early days of MTV. The band was the brainchild of Casale’s brother, Gerald Casale and his college friend Bob Lewis. Both were art students at Kent State University during the late 1960s. After deciding on the name, Devo, they recruited future mainstays Mark Mothersbaugh and Bob Casale. The line-up played their first show at the 1973 Kent State performing arts festival.

On the band’s early recordings, Casale was credited as “Bob2.”

His brother made an announcement through the group’s Facebook page:

4. The Band Were on the Comeback Trail

The band had been busy lately releasing a DVD collection of videos. A live album from 1977 Kansas City show is scheduled to be released on Record Store Day in April.

In 2010, the band released their first album of new material named, Something For Everbody. The recording followed through with the band’s innovative spirit as fans were allowed to chose the track listing via a crowd sourcing experiment.

5. Casale Was Studying to be in the Medical Profession

Before going into music, Casale had studied to become a medical radiation technologist. In addition to his work with Devo, Casale worked as a music consultant on many TV shows, according to his IMDB page.

He and his brother, Gerald, were born in Kent, Ohio. 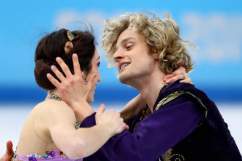