On Season 5, episode 5 of Duck Dynasty, ‘Burger Commander,’ Jase and Willie battle it out in a burger cook-off. Meanwhile, Phil and Jep bond over recycling, while Jessica teaches Miss Kay the art of decoupage.

1. The Boys Go Out to Eat Burgers

Jase and Willie come back from The Creamery with burgers. “They gotta be making a killing,” declares Willie about the busy burger joint.

As a result, he comes up with an idea to start a burger business. “It ain’t all that hard to figure out if a business is gonna make money,” said Willie, who went to college to study business.

2. They Decide to Have a Burger Cookoff

Willie boldly stated that he made the best burgers in town, to which Jase disagreed. “In town- you don’t make the best burgers in our family,” says Jase. Visibly annoyed, Willie asks Uncle Si who he thinks makes the best hamburgers. Si decides that he’ll need to taste one cooked by each of them.

Jase is pretty confident he’s going to win, and jokes, “Just because I don’t eat as many, doesn’t mean I don’t know how to cook better.” When the burger-making competition is set, Jase states, “I’m like the redneck Emeril Lagasse.”

The boys visit the grocery store to pick up their ingredients. When they locate the butcher, Jase fires questions about the meat’s quality, saying, “There’s no shortcuts when it comes to winning.”

Although Kay cannot pronounce the French word, “decoupage,” she’s interested in the idea. “I just love old newspapers,” she says. Jessica agrees that she love old things as well, and the two decide to go on a decoupaging spree.

Jessica is overwhelmed when Kay talks the entire time. The busy mother tries to hint to her mother-in-law that “with four kids I don’t get much quiet time.” Kay doesn’t seem to take the hint, and keep telling her stories.

4. Phil and Jep Visit a Junkyard

Phil takes Jep to his garbage pile, on a mission for materials for decoupaging.

When Jep sees the secret stash of trash that Phil’s accumulated, he’s surprised. “Around here, stuff tends to pile up,” Phil says of his cluttered shack.

“You have to take it to the recycling center,” suggests Jep. When Phil asks Jep to remove it, he is not amused. Following his father’s wishes, Jep obediently grabs his wheelbarrow.

5. Both Burgers Lost the Contest

Still confident, Jase details his meat choice. “I got ground-up ribeye.” But when Jase brings out pans, Willie jokes that it’s a “rookie” move. Later in the competition, Willie dares ask for the pan to cook his egg. “Would Batman give the Penguin his Batmobile?” Jase questions.

Si serves as the impartial referee, by announcing, “the grill is officially closed.”

The consensus is that they should just go back to The Creamery to get the best burgers. 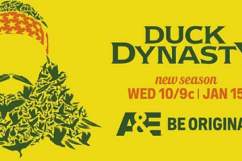