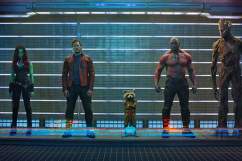 We finally have an inside look at Marvel Entertainment’s upcoming superhero summer blockbuster, Guardians of the Galaxy! This short but sweet teaser trailer finally provides everyone with some explosive footage of what moviegoers can expect to see come August 1, 2014. If you want to get a taste of the full trailer, tune into ABC’s Jimmy Kimmel Live on Tuesday, February 18 starting at 11:35 p.m. EST. We’ll make sure to have that full trailer posted her as well, so stay tuned comic book fans. It’s about damn time, isn’t it? Peter Quill and has band of interplanetary brothers (and one sister) in arms should make for a great action/adventure. 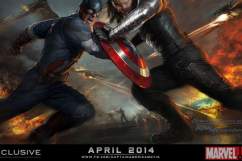 WATCH: The Super Bowl 2014 Movie Trailers You Need to See