Kevin Yorn, 49, is one of the most sought after entertainment lawyers in Hollywood. According to Whisper, his relationship with one A-list star has been less-than professional. The news app claims that Gwyneth Paltrow and Yorn have been having an affair. Both are married and both have a lot to lose.

Here’s what you need to know about one of Hollywood’s most powerful men, Kevin Yorn:

1. The Affair Story Was Allegedly First Discovered by Vanity Fair

According to a tweet from Whisper editor Neetzan Zimmerman, Vanity Fair “chickened out” and the “scoop” went to Whisper:

Vanity Fair chickened out, so Whisper got the scoop: An anonymous source says Gwyneth Paltrow is cheating. http://t.co/KhMbq9ooVY

When questioned on the story, Neetzan Zimmerman, responded:

During the summer of 2014, Paltrow was in a battle with Vanity Fair over a cover story involving her. According to reports, Paltrow didn’t agree with the content and sent a letter out to showbiz pals asking them to support a boycott, she wrote, “Vanity Fair is threatening to put me on the cover of their magazine without my participation. I recommend you all never do this magazine again.” Vanity Fair’s editor Graydon Carter compared her behavior to that of Kim Jong-un.

2. Yorn’s Client List is a Who’s Who of Hollywood

He’s a high-profile entertainment lawyer to stars such as Scarlett Johansson, Ellen DeGeneres and the Wayans Brothers, according to Variety.

The 49-year-old attorney is a partner at Morris Yorn Barnes Levine Krintzman Rubenstein and Kohner Law Firm. He joined the firm in 1996, just a few months after it opened, according to Variety. He told the entertainment mag in 2006:

The studios are much tougher with their deals across the board. It’s harder to get 20 against 20, and it’s harder to get the $5 million deals. These different platforms are both insurance and a great opportunity.

In the same interview Yorn goes on to talk about representing Ellen, through her moves from sitcom to syndicated talk show and ultimately on to hosting the Oscars.

A separate profile in Variety on Yorn indicates his strong ability to bring in financiers for movies:

A lot of the people who are the traditional finance folks, especially in startups, just don’t know how to deal with Hollywood and especially the studios and celebrities.

In July 1996, Yorn married Hollywood talent agent Julie Beth Silverman, reported The New York Times, in Tarrytown, New York. The Times’ announcement of the wedding says that Yorn is a graduated of Muhlenberg College and that he received his law degree from Tulane.

His mother, Joan Yorn, worked for Century 21, and his father was a dentist, both in New Jersey. According to his Facebook page, Yorn is from Montville, New Jersey.

Paltrow has been married to Coldplay lead singer, Chris Martin, since December 2003. Together they have two children, Apple, born 2004, and Moses, born 2006. In July 2013, Paltrow told E! Online that marrying Martin was the “best decision she ever made.” Though in August 2013, there were media reports that the couple were having problems after their move from London to Los Angeles, something that Martin never wanted to do. On March 25, Paltrow announced via her website that she and Martin were separating. 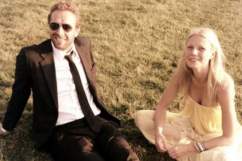 4. Pete Yorn is his Brother

He’s the brother of singer/songwriter Pete Yorn and of Hollywood agent Rick Yorn. In June 2013, the three brothers were together celebrating the release of Pete’s latest album.

Rick Yorn runs a production company with Kevin Yorn’s wife, Julie, called LBI Entertainment. On the company’s IMDB page, the company have been behind mega hits such as We Bought a Zoo and Ride Along.

5. It’s Been a Messy Few Months For Yorn

In August 2013, Yorn was in the news when a disturbed Georgia man was arrested for sending “x-rated” selfies to the uber lawyer. The man, Dennis Shaun Bowman, 28, was, according to police, obsessed with Scarlett Johansson. The Laist report says that Bowman believes he has a relationship with Johansson.

Yorn’s office were familiar with Bowman. In the past, he had jammed up their phone system with hundreds of messages as well as sending hundreds of emails to the firm. 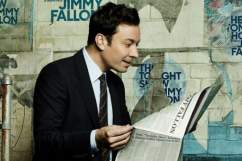