Actor/director Harold Ramis has died at the age of 69, reports The Chicago Tribune.

Ramis is best remembered for his work with Bill Murray on movies like Ghostbusters, Caddyshack and Groundhog Day. The last movie he directed was Year One in 2009, starring Jack Black and Michael Cera. In addition to working with Murray, Ramis received major critical and financial success with his movies, Analyze This and Vacation.

1. Ramis Suffered From a Rare Disease

He died at 12:53 a.m. of a rare disease that causes the swelling of blood vessels, called vasculitis. According to TMZ, Ramis had been suffering with the condition since 2010.

According to the National Heart, Lung, and Blood Institute:

If a blood vessel is inflamed, it can narrow or close off. This limits or prevents blood flow through the vessel. Rarely, the blood vessel will stretch and weaken, causing it to bulge. This bulge is known as an aneurysm.

The report from the NHLBI adds that “much is still unknown about vasuclitis” and it’s rare for the condition to be fatal.

If a Twinkie represents amount of grief I feel when someone dies, Harold Ramis' death would be a Twinkie 35 feet long weighing 600 pounds.

2. Most Will Remember Him as Dr. Egon Spengler in Ghostbusters

It’s not known where his death leaves the future of Ghostbusters III. In December 2013, it was reported that Jonah Hill was considering signing on for the sequel.

Dan Akroyd, who was Ramis’ co-writer, on the movies, said in October 2013, that the movie was still going through re-writes. He added that Bill Murray was still not involved. The plot for the movie is planned to involve the original Ghostbusters training in the new school. According to Akroyd:

Well, there’s been a lot of talk about a third Ghostbusters film, which has now become real. It’s… I can say with some certainty that there will be a third movie. It won’t be out until Christmas 2012, but the work is going on now.

RIP Harold Ramis. I'll be watching the masterful Groundhog Day for the 100th time in tribute

3. Ramis Was a Proud Chicagoan

He was a Chicago native. His parents, Ruth and Nathan Ramis, owned the Ace Food & Liquor Mart on Chicago’s North Side. Every season, Ramis, an avid Cubs fan, would conduct a seventh-inning stretch at Wrigley Field.

"I collect spores, molds, and fungus" – condolences to the family and friends of the great Harold Ramis

4. He Rose Up Through the Comedy Ranks With Bill Murray

Ramis was part of the late-70s/80s Chicago underground comedy scene with Bill Murray and John Belushi. The trio were all members of the famed Second City. A 2004 New Yorker piece on Ramis discussed his time at Second City, “Sloppiness is a key part of improve. And Harold brought that to Hollywood, rescuing comedies from their smooth, polite perfection.”

Harold Ramis was a brilliant, shining example for every comedy writer hoping to achieve excellence the field. He will be sorely missed.

5. Ramis is Survived by His Wife and 3 Kids

Ramis and his wife Erica, sons, Julian (left) and Daniel, at the premiere of ‘Bedazzled’ at the Village Theater in Los Angeles in 2000. (Getty) 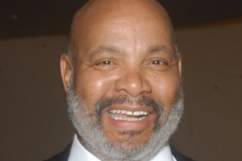