The Francis Underwood-Raymond Tusk political drama continues to unfold. Here’s what happened in season 2, episode 8 of House of Cards.

Frank meets with the Gaya tribe from Missouri. The tribe dislikes Dan Fannigan because of past differences. Frank offers them federal recognition and the chance to open a competing casino and ultimately put Dan out of business. Meanwhile, Claire meets with the first lady, Trisha, to try to get an inside scoop into the President’s life and gain his support for her bill. Claire soon learns that Trisha and the President are having marital issues and offers her a referral to a discrete marriage counselor.

Remy meets with Evelyn, a down-and-out non-profit worker who used to work with Claire. He also meets with his current fling, Congresswoman Jackie. Remy digs up some dirt on the Underwoods and passes the information along to Raymond.

3. Rachel Offers up the Safe House

Rachel’s friend from the Fellowship is having roommate trouble. Rachel invites her to stay at her place for a few days. Rachel lets Doug know about the new ward. Rachel ends up having a romantic, lesbian relationship with her new roommate.

Frank meets with Linda about the impending trade war. In regards to his previous meeting with Xander Fang, Frank broaches the subject of the Jefferson Bridge that Fang wants control of. Linda dismisses Frank; Frank goes to the President. Walker says he feels like he’s losing control of his administration—and his wife. Frank then goes to Missouri to meet with Dan and Raymond. The meeting does not go as planned and Frank goes back to Washington get the bridge pushed through. Linda intercedes. The bridge passes. Linda is let go.

Remy and Raymond let the information they discovered out to the tabloids: Claire’s affair with photographer Adam Galloway. 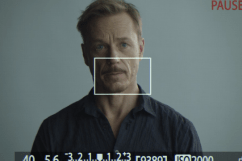