As the lovable brainiac Sheldon Cooper on The Big Bang Theory, Jim Parsons wows audiences with his ability to recite physics-laden lines without skipping a beat. Besides winning awards for his uncanny portrayal, his character has multiple Facebook fans pages, and people are seen wearing replicas of his T-shirts and using his catchphrase, “Bazinga!”

Now Parsons will foray into a different kind of comedy, hosting Saturday Night Live for the first time. Here’s what you need to know about the 40-year-old actor who is making his sketch comedy debut this weekend.

1. He Won 3 Emmys for his Portrayal of Sheldon Cooper

On Tuesday, February 25, the actor revealed on the Today Show that playing a character who doesn’t fit in is easy for him:

…I think that there’s undeniably part of myself that understands what it is to feel outsidery. Probably everybody does. I think that’s part of the reason the show’s so successful. But if you’re just willing to access that and tap into that, it’s not hard at all to feel like ‘no one understands me.’

When CBS News asked how he memorizes Sheldon’s difficult lines, he said:

One of these days they’re going to break me, I’m positive. But in the meantime, I’m a big note card fiend. I have little cue on the first side. And on the next one will be my entire line I’ll have written out. And I will pace around my house. … That’s what I do for hours on end. And I’m telling you, it’s like memorizing the symbols on the periodic table.

2. He Thinks He’s Ruining the Legacy of ‘SNL’

Saturday Night Live has released the above promos for when Parsons hosts for the first time on March 1st.
Although Parsons has experience in live theater, he seems to think he is not worthy to host the iconic show.

It feels like I’m ruining the club that they created. You know what I mean? You grow up going, ‘That’s some Hollywood royalty that gets to host that.’ (But) apparently I was wrong, ’cause here I am.

However, he has practice in live TV, having done “live” pre-recorded performances of Big Bang.

“We tape it live, and while you do get a chance to go over your mistakes there, should you make one, we are doing it live,” he said.

Parsons also has a resume filled with live theater.

He made his Broadway debut in the 2011 revival of The Normal Heart. He has also acted off-Broadway in The Castle, The Fourth Sister and Small Tragedy.

In 2012, he played the lead in the Broadway revival of Harvey .

In the same Today interview, he continued:

“And I love theater. I’ve done theater all my life. So this is … not that it’s like theater. It’s different, but live is fun.”

3. He Came Out in a New York Times Article

It was in May of 2012 that the star confirmed his sexuality by allowing a New York Times reporter to include it in his interview.

Toward the end of the article, the writer, Patrick Healy, connected Parsons’ sexuality to the young, gay activist he played in The Normal Heart.

The journalist wrote, “The Normal Heart resonated with him on a few levels: Mr. Parsons is gay and in a 10-year relationship …”

Graphic designer Todd Spiewak has been dating the actor for over 10 years.

According to Us Weekly, the pair was honored with an Inspiration Award at GLESN Respect Awards in 2013.

At the ceremony, Parsons told the audience:

4. Before He Made it Big, He Was in a Quiznos Commercial

In the 2003 commercial, Parsons plays a man who ordered the wrong sandwich, prompting his bench mate to ask, “What were you, raised by wolves?” The scene cuts to Parsons simulating feeding from a wolf.
He told CBS about that audition:

The main thrust of the audition, 50 of us lining in and out to do this, was, ‘What do you look like suckling at the teat?’ That’s literally how I got this.

When CBS asked him if that’s what gave him his break into acting, he said,

Well, no. But, it broke me into the rent stratosphere. It did get some attention. It certainly gave me a conversation piece.

According to the Daily Telegraph, the once-struggling actor estimated that he auditioned for 15 to 30 television pilots.

When he got the Big Bang script, it was at a time when sitcoms were failing.

He explained to the Daily telegraph that he knew how difficult it was for that genre to survive:

I was thinking, ‘This is good work being done.’ The problem in banking on that is there have been a lot of TV shows that were really good but didn’t catch on, and if you don’t catch on, you don’t get to keep doing them.

5. His Father Died in a Car Accident

In 2001, Parsons’ father passed away at the age of 51. That year, Jim was graduating from the University of Houston with a theater degree.

He opened up to the Daily Telegraph, explaining that he still had a course to complete when his father died:

When I went home after that I still hadn’t graduated. I had a final project and they (university) told me, ‘You don’t have to come back right away’. It was very interesting that I knew I had to go back and do that because whether or not you could be of use at home I realized in the end I could only be of use to the family fully if I did what I needed to do and then went on.

The actor credits his dad for being a supporter of his work.

In the same interview, he said that his father would have been happy to see his son’s success:

He was always very supportive. She was certainly the worrier of the two. Embarking upon this life, I know he was certainly a bigger pusher of wanting me to try it and give it a go. I do wonder what it would be like for him now … I do know he’d be pleased. 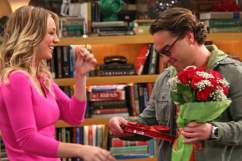