The half-sister of Julia Roberts and Eric Roberts, Nancy Motes, has died at the age of 37, reports People Magazine. Motes was the daughter of the Roberts siblings’ mother, Betty Lou, and her second husband, Michael Motes. According to Nancy Motes, she and her half-sister were close in their youth, describing Julia Roberts as a “good big sister who played with me a lot.” But that the relationship changed when Roberts left Georgia to pursue stardom. When Julia Roberts became “America’s Sweetheart” through her role as prostitute Vivian in Pretty Woman, Moates was being bullied as an “awkward” eighth grader over her sister’s role in the movie.

Beautiful #nancymotes we loved you all! Our hearts are broken! pic.twitter.com/tSP6LjZzpM

Motes was found dead in Los Angeles of a suspected drug overdose on Sunday February 9. The Roberts family released a statement saying they were “shocked” and “devastated.” It read in full:

It is with deep sadness that the family of Nancy Motes … confirms that she was found dead in Los Angeles yesterday of an apparent drug overdose. There is no official report from the Coroner’s office yet. The family is both shocked and devastated.

CBS Los Angeles reports that Motes was found dead in a bathtub in a building along the 1000 block of North Bundy Drive in the Brentwood district of the city. She had been reported to be living in Malibu, around 20 miles from where she was found.

2. She Dreamt of Emulating Julia

After graduating high school in Georgia, Motes wanted to go to Hollywood to join her sister in becoming an actress, reports The Daily News. Something, that, according to Motes, her older sibling was not in favor of. “Julia did not want me to go down that path,” Motes says, adding that she left for Los Angeles in 1995 when she graduated high school but returned to Georgia and wound up living in her mother’s basement.

3. Motes Had a Troubled Relationship With Her A-List Sister

In August 2013, Motes stepped into the spotlight where she claimed that Julia Roberts had cut her out of her life. Adding that her sister frequently bullied her due to weight problems. Motes told The Daily News back in the summer of 2013:

When I was in high school and she was an adult, she would just let me know that I was definitely overweight. She would make it quite clear to me and in a not-so-nice a manner. It just makes me feel incredibly hurt and very sad. Mostly because I was overweight. My weight has fluctuated my entire life. So I just got a lot of criticism from Julia, which was very discouraging for me.

Motes also told the paper that in June 2010, that she once weighed nearly 300 pounds and that she underwent gastric bypass surgery which brought her weight under control. According to Motes, she and Julia Roberts were mending their relationship. She told The Daily News, “I think we’re both trying to change our opinions of each other. It’s a work in progress. It’s not going to be fixed overnight, nor do I think it’s going to be fixed at this point by me just getting skinny.”

In a separate interview with The Sun newspaper in the UK, Motes described the motivation behind her weight loss surgery. She told the tabloid, “When you’re in a family of very, very exceptionally beautiful people it’s intimidating. I think that growing up as Pretty Woman’s little sister has definitely made me try to see the person inside and not the person outside. A lot of my life I felt judged for my weight.”

Motes had been living in Malibu, California with her fiance John Dilbeck. They had planned to marry in May 2014. In August 2013, Motes denied tabloid rumors that Julia Roberts didn’t approve of her wedding. Recently, Nancy had been working on the TV show Glee, a job, Radar Online reports, “Julia got for her.”

Michael Motes lives as a retired antiques dealer in Marietta, Georgia. Years after divorcing Roberts’ mother, Michael Motes came out as gay and has claimed he is writing a book to counter accusations of his abuse. 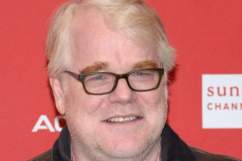