As if Justin Bieber didn’t have enough trouble on his hands between his legal problems and the petition going around to have him deported … Now, the Biebs has a sex tape? That’s right. According to Radar Online, a 12-minute sex tape is being shopped around and shows Bieber getting it on with multiple strippers.

Radar reports that in the beginning of the tape, Bieber is shown with two topless girls. Then, the source writes:

The rest of the 12-minute “crystal clear” video sees Bieber in compromising positions and romping “with two strippers during which he spanks their bum and pulls off their panties with his teeth.

Recently, an extremely racy photo emerged showing the Biebs biting a stripper’s nipple. And now this …

So, do you think the alleged sex tape will ever see the light of day? 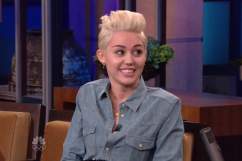