1. He Lived on the River

His body was found floating near his houseboat around Pier 59 in Manhattan. According to The Daily News, Savoia lived on a yacht near 12th avenue in Manhattan.

2. Foul Play is Not Suspected

Foul play is not suspected but an autopsy will determine the cause of death.

He was last seen at the Marquee Nightclub on at around 4 a.m. on Thursday. Savoia had been missing since then.

In 2011 he called the world a “mess.” Saying in a interview, “In the art deco era, everything was sexy…seductive….beautiful. You know where you were. Right now the world is a bit of a mish-mash…a mess.”

5. He Worked With A-Listers 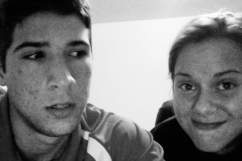