The 2014 Oscars are upon us and we’ve got all the information you need on what time it starts, which celebrities will be there, the performers, and anything else you need to know. Read on.

1. There Will Be a 75th Anniversary Tribute To The Wizard Of Oz

Every awards show has a dedication of some sort and this year’s Oscars will be having a tribute for the 75th anniversary of The Wizard of Oz, performed by Judy Garland’s children Liza Minnelli, Lorna Luft, and Joey Luft. There will also be several esteemed performers including Pharrell Williams, Bette Midler, Idina Menzel, Karen O, and U2. In addition, E! News just reported that Pink has been asked to perform as well. The producers of the show released this statement in regards to Pink’s appearance at the Oscars:

We are very excited to welcome Pink to the Oscar stage for the very first time. She is regarded as one of the greatest voices in pop music and one of the best performers of her generation, and we are thrilled to have her join us for a highly anticipated moment on the broadcast.

Big news!!! I'd like to thank @TheAcademy for inviting me to perform on the #Oscars on March 2nd!! #holycow

Ellen DeGeneres will be hosting the ceremony for the second time at the Dolby Theatre in Los Angeles.

2. The Red Carpet Coverage Will Be Hosted By Several Outlets

Street closures have already begun in Hollywood for next Sunday's Oscars. We'll be there LIVE all day & all night long!!! #ERedCarpet

According to Channel Guide Magazine:

As far as E! News goes, here’s the run-down of their coverage:

The Oscars will be full of A-list celebrities, many of which will be presenting the awards. Have a look at the list that People posted on this year’s presenters:

As for the nominees, you can check them out in the below link: 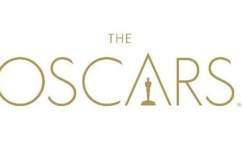 Oscars losers still walk away with seriously swag gift bags (and you'll never guess how much they're worth…) http://t.co/U3rFyUMZMj

Every year, the gift bags given out at the 2014 Oscars are filled with an insane amount of luxury goods. The Independent has a list of all the goodies celebrities will be taking home this year. Check them out in this list:

5. “Heroes” Will Be the Theme of This Year’s Show

Channel Guide Magazine reports that the theme for the Oscars 2014 is “heroes.”

The Oscars telecast’s theme will be a tribute to heroes, with “big-screen real-life heroes, super heroes, popular heroes and animated heroes, both past and present, as well as the bold filmmakers who bring them to life” celebrated throughout, according to producers.