We’ve gathered all the information from different industry experts and news sources to give you the most accurate information in terms of predictions for the winners of the 2014 Academy Awards. Take a look at what we’ve come up with in the below list:

– The Gold Derby has listed the following predictions:

– Social Media has made some big predictions as well. According to TheCredits.org, which has gathered information via a social app from sites including Facebook, Twitter, and Pinterest. It has collected the following data:

Best Picture – 12 Years a Slave leads the pack with 42% of the online mentions, with Gravity behind it with 33% … Best Director is Gravity’s Alfonso Cuarón leads the pack with 60% of the mentions, with 12 Years a Slave’s Steve McQueen behind him with 40% … Best Actress – Cate Blanchett has a whopping 80% rate for her performance in Blue Jasmine … Best Actor is Leonard DiCaprio leading the acting pack with 79% of the mentions for The Wolf of Wall Street. McConaughey is second.

– The Awards Circuit has released their final predictions to be almost exactly the same as TheCredits.org.

– While several sources think Lupita Nyong’o will win for Best Supporting Actress, the NY Times thinks Jennifer Lawrence will win it for American Hustle, but believe Nyong’o is the strong contender in that category. The news sources also predicts 12 Years a Slave for Best Adapted Screenplay and Best Original Screenplay for American Hustle. In addition, the NY Times thinks 20 Feet From Stardom will win for Best Documentary. The rest of their predictions seem to match many of the other sources we’ve gathered information from this year. 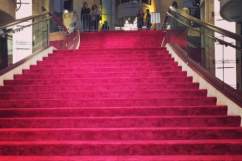 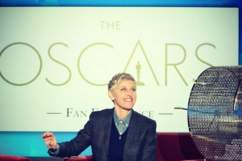 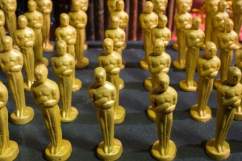