Paula Patton and Robin Thicke are calling it quits after a tumultuous year in the public eye. While the couple has seemingly kept it cool, it looks like our carefree couple is not as “free” as we may have thought. Read on for the facts on the A-list couple’s split.

1. The Couple Has Decided to Separate

After almost 10 years together, Robin Thicke and Paula Patton are calling it quits and have released a statement to People:

We will always love each other and be best friends, however, we have mutually decided to separate at this time.

The pair, who first met when Thicke was 14, have been married since 2005 and welcomed son Julian Fuego in April 2010.

2. The Public Thought Their Marriage Would Suffer After Thicke’s Raunchy VMA’s Performance

After Thicke’s performance with Miley Cyrus at the 2013 VMA’s, many were wondering how Paula Patton felt about Miley feeling up her husband with a foam finger. Though the public was very riled up about it, Paula Patton remained calm and said it was not a big deal at all.

3. A Scandal With a Socialite Erupted Shortly After the VMAs 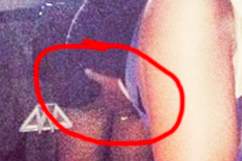 Lana Scolaro was the socialite who Thicke was allegedly caught groping during a VMAs after-party. Thicke’s hand was photographed reaching up the woman’s short dress in a mirror that was in the background of the picture. This wasn’t the last of Scolaro, though. Now that the news of Thicke’s separation has spread, Scolaro has spoken with TMZ:

She says she regrets making out with him, but tells us, “I’d love to grab a drink with him if he asked.”

As for the split, she’s not the least surprised — “Robin acting like that with me makes me think there were many more. It’s a shame because when you have a kid, it’s upsetting.”

For more information on Lana Scolaro, click on the below link: 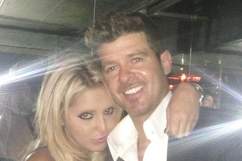 He Keeps Blurring Those Marital Lines! Robin Gets In The Thicke Of It With Mystery Woman In Paris pic.twitter.com/R2sJJnjSJv

According to Radar Online, Thicke had another infidelity issue occur last month:

In January he was photographed kissing a mystery woman on the lips in Paris nightclub Club 79 West.

Could this have been the last straw for Patton?

5. Many Fans Are Siding With Patton

A lot of fans believe that Thicke’s flirty behavior is to blame and they’re voicing their support for Paula Patton on Twitter.

I'm not gonna lie, while i don't cheer when people break up i think Paula Patton can do WAYYY better than Robin Thicke