Bruno Mars will rock the house tomorrow night for the 2014 Super Bowl Halftime Show and he’ll have some special guests helping him out. The Red Hot Chili Peppers are going to be joining Mars onstage at the request of Mars himself, who personally invited the group to accompany him in his performance. Mars told People:

They’re a soulful band, not just musically, but as people.

This performance is a huge deal for both Mars and The Red Hot Chili Peppers. As we all know, there’s nothing bigger than the halftime show at the Super Bowl. The NFL writes:

The Pepsi Super Bowl halftime show is the most-watched musical event of the year. More than 110.5 million viewers in the U.S. watched last year’s show. The Super Bowl and halftime show will be broadcast worldwide.

And, after the halftime show, the RHCP’s will be auctioning off their drum set for charity for the Make A Wish foundation.

Tune in tomorrow for all our Super Bowl coverage, including the halftime performance video, photos from the show, all the amazing commercials set to air, and more. 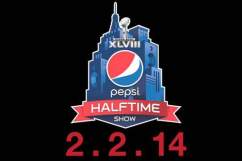