Glee’s 100th episode is being celebrated with a two-parter starting on March 14 and ending on March 25. Here are some surprises that are in store.

1. Mercedes & Rachel Take Part in a Diva Off

BroadwayWorld has a first listen of the trio’s electrifying performance.

Puck comes back to find that the mother of his child has a new boyfriend. He sings “Keep Holding On” by Avril Lavigne.

According to Wetpaint, Quinn’s feelings for Puck are reignited after the two meet.

According to Glee wikia, he doesn’t know anything about his new girlfriend’s drama-filled past.

Kristin Chenoweth and Gwyneth Paltrow on the Glee set together I LOVE THIS @KChenoweth @GwynethPaltrow pic.twitter.com/qEUH9IRX12

The divas are back to play April Rhodes and Holly Holliday.

They join the New Directions in a rendition of “Happy.” Entertainment Weekly premiered the song.

5. Santana, Quinn and Brittany Perform Their Hearts Out to ‘Toxic’

The girls, who call themselves “The Unholy Trinity,” even dressed for the part — wearing their old Cheerio uniforms.

Teen put an exclusive first listen on their site.

They are bringing out all the stops for glee 100. So many pics released ! pic.twitter.com/gZzE1Iczta

Naya Rivera, aka Santana, posted this on Instagram to commemorate the show’s 100th birthday: 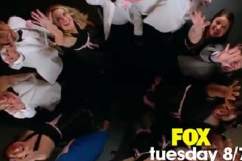 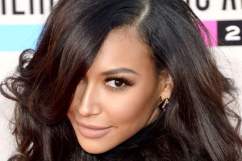 Naya Rivera of ‘Glee’: 5 Fast Facts You Need to Know