It’s clear that God’s Not Dead in theaters this year.

In the wake of the recent success of Son of God came the independently distributed film that’s an unexpected success.

Its shocking weekend opening numbers signal the acceptance of God in Hollywood — or at least among fans — coming after a long time of His absence on screen.

Here’s what you need to know about the Christian films that’s unexpectedly performing in the box office.

1. It Opened in Fifth Place in the Box Office

Moviefone reported that during its opening weekend God’s Not Dead earned an estimated $8.6 million, which averages $10,979 per screen.

The film only opened on 780 screens, so these numbers are impressive.

Sorbo plays the atheist Professor Radisson. A real-life Christian, the actor told The Blaze that he hopes the film shows “there might be something greater out there.” Sorbo believes that the movie starts a religious conversation:

I think it opens up discussion more than any movie. It’s not preaching to the choir … it’s creating a lot of dialogue. Agnostics out there who kind of believe, kind of don’t … these are the independent voters. We want them to come over to the right side.

3. It’s About a Christian Student Who Debates With His Atheist Professor

The premise of the film is that a devout Christian, Josh Wheaton, played by Shane Harper, starts college and has his beliefs challenged by a non-believing professor.

On the first day of his philosophy class, Professor Radisson says:

I would like to bypass senseless debate all together and jump to the conclusion which every sophomore’s already aware of- there is no God.

He has his students write “God is dead” and threatens the class by saying that if they don’t comply, they fail.

Wheaton says, “I can’t do what you want; I’m Christian.”

When the professor hears this, he challenges the student with presenting a well-researched argument to prove God exists.

The movie’s set in Louisiana. Therefore, it’s only fitting that the state’s favorite family, the Robertsons, make an appearance.

At the start of the trailer, we hear Duck Dynasty’s Willie Robertson saying:

All this stuff is temporary — money, success, even life, is temporary. Jesus, that’s eternal.

5. People Feel It Tries to Counter the Disappearance of God in Hollywood

The precedents held by both Son of God and God’s Not Dead’s are promising for the highly anticipated release of Noah on March 28.

In its review of the film, The Hollywood Reporter said:

As the title and the producing entity suggest, the film is clearly designed as propaganda to counter Hollywood’s more typical “godless” efforts. But is it effective propaganda? Sometimes it is, to be honest, but it will speak mainly to those who already define themselves as true believers. 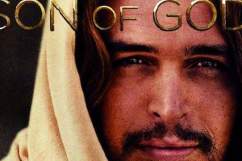