Cash Money/Young Money MC Lil’ Wayne has enjoyed a long career as one of the best rappers to ever do it. But now, it seems like he’s ready to hang up his mic and leave the rap game. He just announced that he’s retiring as an active rapper once he releases his final solo album. Here’s everything you need to know about Lil’ Wayne exit from the one thing he’s done so well – rap/hip-hop.

1. He Spoke to MTV and Revealed the News About His Retirement; Tha Carter 5 Will Be His Last Solo Album

During a recent video interview with MTV News, Lil’ Wayne dropped this this bombshell of a reveal – he’s going to retire after his next solo album releases. He maintained that this next album will come to an end with the fifth offering in the series:

Check out the video interview he conducted with MTV News above.

2. He’ll Need A Certain Amount of Album Copies Sold to Come Out of Retirement

Wayne did clue MTV News into what could make him stay an active rapper after “Tha Carter V” is released to the public – an exuberant amount of record sales:

25 to 35 million would get me to do another solo album after this.

“Tha Carter V” is slated to be released sometime in 2014, but some sources state that the LP will indeed be released at a much later date. The full track listing for the album has made it’s way online before release, though:

Back in February 2014, Drake even sent out a cryptic tweet that built up some hype and curiosity around the next “Carter” album:

5. Several Rappers Have Announced Retirement, But Have Returned to the Game Later On

It should be noted that several rappers have announced their retirement in the past, but have returned later on to produce even more solo albums and co-features. Back in 2003, rapper Jay-Z told the world that he was done rapping (his final release at the time was “The Black Album”). In 2006, Jay-Z returned to the forefront of his musical profession by announcing his comeback album “Kingdom Come.” A few other MC’s who returned from retirement include Mase, Kid Cudi, Waka Flocka Flame, Lupe Fiasco etc. 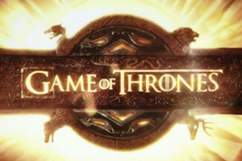