Maria Menounos is pretty much a household name. Wikipedia characterizes her as “an American actress, journalist, television presenter and occasional professional wrestler.” She also has a crazy laugh you can never forget. So, what’s new with this gorgeous brunette? Read on for the facts …

1. Maria Menounos Is Starring in Her Own Reality Show

The former Miss Massachusetts Teen USA has landed herself a new reality show called Chasing Maria Menounos and it premieres tonight on Oxygen. Check out the above clip to get a quick look at the show.

Director and producer Keven Undergaro has been dating Menounos since April 1998, but the two have never married. In fact, Undergaro stars on Chasing Maria Menounos as well, which makes sense since he’s such a big part of her life. While Menounos doesn’t feel they need to get married, she is looking to have children soon. As far as Menounos’ parents, they’d definitely like to see their daughter walk down the aisle. 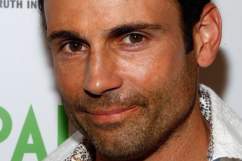 3. At 35 Years Old She Still Lives With her Parents

The Daily Mail reports that on The Ellen Show, Menounos revealed that she still lives with her parents. Therefore, they will all be starring on Menounos’ reality show.

Maria revealed that her father, Costas, and her mother, Litsa, share with her, her boyfriend of 15 years, Kevin Undergaro, and their employee turned family friend, Joe.

4. Many Know Her From Hosting Extra

You may have seen Menounos on television shows including One Tree Hill, Entertainment Tonight, Access Hollywood, or the WWE, but currently, Menounos’ main role is as co-host with Mario Lopez on Extra.

UPDATE: It was just announced that Menounos will be leaving Extra.

5. Menounos Competed on Dancing With The Stars

Maria Menounos was a contestant on the 14th season of Dancing with the Stars and her partner was Derek Hough. While dancing on the show, media speculated that the two might have been an item, but clearly, Menounos is taken. Unfortunately, Menounos was eliminated from the DWTS competition on May 15, 2012, leaving her in 4th place.

Read More
Celebrities, Maria Menounos, Mario Lopez, Reality TV, Twitter
Maria Menounos has landed herself a reality show and we've got some pretty juicy info on Menounos as well as the show ...