The big moment is nearly here. Retweet if you're convinced Nikki is going to win it all tonight on #TheBachelor! pic.twitter.com/6QHazGe0Da

Nikki Ferrell was the last woman standing on The Bachelor this season, but Juan Pablo Galavis was not prepared to pop the question. He was, however, willing to make her his girlfriend … Hmmm …

When meeting with Juan Pablo’s family on the finale episode, things seemed to go smoothly, though Juan Pablo’s cousin throws a bit of a curve ball. He tells Nikki that Juan Pablo sometimes will walk away from a relationship if things get too intense, but Nikki says she’s not afraid.

While Ferrell and JP spent their last date together, it appeared to go well also, but was a little uncomfortable as Ferrell tried to get JP to open up about his feelings for her. All in all, the date went off without a hitch … until the two met up in Ferrell’s hotel room.

My #wcw goes out to @Nikki_Ferrell She. Is. Perfect. pic.twitter.com/FzQGiR28cx

As the day turns into night, Ferrell becomes increasingly nervous and fumbles her words a bit. Check out the below meme for a slight chuckle at Ferrell’s expense … (It’s all in good fun, Nikki.)

How many times can Nikki say "like" in one sentence? #TheBachelor #TheBachelorFinale pic.twitter.com/YhbCCjIGGZ

After Juan Pablo leaves Nikki alone in her room, though, her nerves get the best of her and she breaks down crying with the camera leaving her in tears. Even so, it was Nikki that JP ended up choosing, though there was no proposal of marriage. He tells Ferrell that he’s not 100% sure if he wants to propose to her, but that he’s 100% sure he doesn’t want to let her go. In addition, he doesn’t tell Ferrell that he loves her … He says he likes her a lot … And that’s what you were waiting all season for … 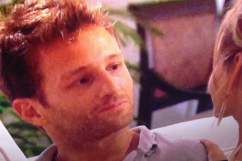 What Juan Pablo Whispered to Clare Crawley: ‘I love f*cking you but I don’t know you.’ 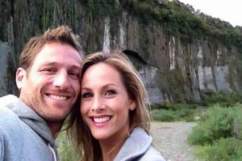 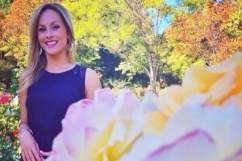 Clare Crawley Gets Rejected on ‘The Bachelor’