As we previously reported, Paul Walker‘s character will not be killed off in the upcoming Fast & Furious 7 film. His character Brian O’Connor will be retired. While there were rumors that Walker’s brother Cody would replace his Paul for his remaining scenes, new details have been released on how the movie will be completed. The NY Daily News reports that a source revealed:

They have hired four actors with bodies very similar to Paul’s physique and they will be used for movement and as a base. Paul’s face and voice will be used on top using CGI. 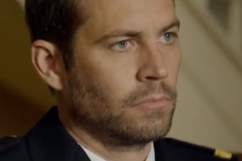