Resurrection opened as TV’s top-rated mid-season drama in two years when it premiered on Sunday. And the show has undoubtedly resurrected the actress Samaire (pronounced sah-MEE-rah, with a rolled “R”) Armstrong’s career.

Having enjoyed parts on many hit shows of yesteryear, she seemed to be focusing on her little boy and taking a break from bigger roles until now.

Here’s all you need to know about the 33-year-old who plays Elaine, whose deceased dad comes back from the dead.

1. She Has a Son With a Musician

Thank you so much for all the love! Will post pictures after a little rest. We’re all doing wonderfully. It was an amazing experience and we couldn’t be more thrilled with our new arrival. xoxo!

At that time, she didn’t reveal who the father of little Calin was.

Although Armstrong is still private about her personal life, she does link to the father of her baby’s Instagram page.

Jason Christopher has his own blog and describes himself as a musician and writer.

Armstong and Lindsay Lohan at the 20th Century Fox premiere of “Just My Luck. (Getty)

In October of 2007, she entered outpatient treatment during her stint on Dirty Sexy Money, but continued her work on the show.

Coincidentally enough, Armstrong and Lindsay Lohan were in the film Just My Luck together in 2006.

When People magazine asked Armstrong to comment on Lohan, she said:

In an interview with TV Guide, she talked about how she reformed her life:

To be able to exist without [those things]… to me, that is better than anything – better than success, better than being on drugs or being drunk. Just being happy inside…. I wouldn’t give that up for anything.

She also openly discussed what it’s like to be clean:

Surround yourself with good people who care about you and take a second to evaluate how you feel mentally, spiritually and health-wise when you’re not doing those bad things.

@samaire_samaire Do you miss your cast of The O.C.? pic.twitter.com/MACZWNFc0D

Originally, she was only supposed to stay on for one episode, but at the fans’ request, she remained until Season 3.

Clever News interviewed her and she dished about what she hopes would happen to her character not that the show ended in 2007 . She said, “I think that Anna would probably have her own art gallery in New York, probably with Seth.”

In another hit series, Entourage, she came in on the first season as Emily, Ari’s assistant, who begins a relationship with E.

Her other roles have included Darvany in Sons of Anarchy and Summer in The Mentalist.

4. She Was in a Hanson Video

She was featured as Penny in the trio’s video for their song “Penny & Me” off of their 2004 album, “Underneath.” The song got to number two on the Billboard Hot 100 Singles Sales chart.

On the band’s website, hanson.net, Taylor Hanson explained why he chose the actress:

Samaire truly embodies the essence of the character we always envisioned for Penny when we first wrote the song.

5. She Grew Up in Japan in a Military Family

Armstrong was raised in Japan, and at 3 years old she told her mother she wanted to be an actress. According to ABC.com, her mother still has video of her making the declaration.

Her father and brother are both in the Marines and are very protective of her.

In high school it was pretty embarrassing to bring my boyfriends home because they never met my dad’s standards.

She told Stuff what it was like to grow up in a military family:

Well, my family is heavily involved in the Marines and close-combat training, and I was raised doing Japanese sword training, so I’ve always been of the mentality that you have to be able to defend yourself.

According to abc.com, in Japan, Armstrong was trained in sword training and judo, and still practices weekly. 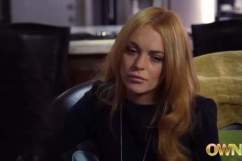