Anyone ever read “The Giver” back in middle school?

This Lois Lowry children’s novel was a lot deeper than most of the books you were probably forced to read and write a book report about back in the day. A new trailer has been released for the official film adaptation of this powerful novel. The Weinstein Company is behind this August 2014 film project that stars Brandon Thwaites, Jeff Bridges and Meryl Streep. It looks like Thwaites is playing the lead role while Bridges takes on the role of the all-knowing Giver while Streep is taking on the lead heel role. Philip Noyce will be handling the film’s directing duties.

Check out the first official movie trailer for this upcoming book-to-movie adaptation above. 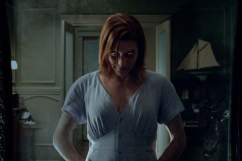