Fans of The Walking Dead are nipping at the heels for two epic occurrences — the Season 4 finale and the debut of Season 5.

Once the final gut-wrenching episode of the awesome 4th season comes to a close, all eyes will look toward Season 5. The next installment of AMC’s hit drama series will be full of insane revelations, new mysteries and fresh characters.

To prepare yourself for the next batch of The Walking Dead episodes, check out the video below to look back on the show’s five most shocking moments seen thus far.

The fifth season of The Walking Dead has already been confirmed to premiere around October 2014. What’s not known at the moment is exactly when that first episode of this highly anticipated season will debut. Fans know that the show regularly airs on Sundays on AMC, so it’s a reasonable guess that the Season 5 premiere will air on October 12, 2014 (or possibly even October 19, 2014 if AMC decides to push the show into a later airing schedule). Previous season debuts are usually shown around that date on a Sunday, but we’ll have to wait for official confirmation on this bit of news. 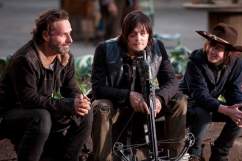 2. Rick Will Be Alive Long Enough to Make it to Season 5

We’ve posted up the comments that Robert Kirkman gave to Entertainment Weekly on how integral Rick will be to the importance of the Season 4 finale. Whatever Rick will have to deal with in the final episode of Season 4 will certainly impact him during his newfound journey in Season 5.

A previous casting call for Season 5 released a few bits of information regarding some details on what Rick will be doing. One of the more important notes from that casting call is the new mission surrounding Rick and a new band of survivors as they try to make their way to Washington, D.C. The one major line that was seen in this casting call noted that Rick and his crew will come into contact with a “new danger and a new enemy.”

Translation: Rick may encounter the same group that’s trying to make their way to D.C. with a possible cure to the zombie apocalypse.

3. A New Character Will Be Introduced

Update: Gareth was actually revealed to the viewing public in the Season 4 finale. ABOUT DAMN TIME! 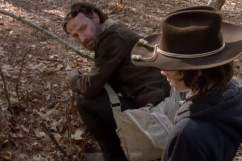 According to The Hollywood Reporter, a new character was being reported to be introduced to viewers during the second half of Season 4 as a “guest star.” It turns out that this character is named Gareth, who’s supposed to be played by actor Andrew J. West.

The final episode of Season 4 is right around the corner, which could mean that Gareth’s debut could (or could not) happen then. However, not a lot is being said about who this new character is. This may mean that Gareth will actually make his grand debut during Season 5 instead.

It’s been said that Gareth is rumored to be a combination of several unidentified characters that are from the original series, not the Image/Skybound comic book series. This means that comic book fans won’t have enough background information on who exactly this new character could be and what important role he will play in future episodes.

4. The Kidnapping of Beth Will Most Likely Be Explained

One of the major story threads that’s still a huge mystery to viewers is who are the main culprits who kidnapped Beth. Since the Season 4 finale episode is reported to be focusing mainly on Rick, it’s also safe to say that fans won’t get too much extra closure on Beth’s disappearance.

Several different theories point to either a new group of cannibals or a preacher from the comics as the people/person who took Beth away from Darryl. Whatever the case, the storyline involving Beth’s whereabouts and captors will most definitely get a light shined upon it in Season 5. 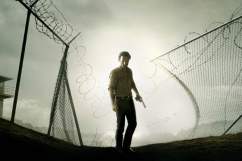 5. Producer Scott Gimple Will Return for Season 5; He Promised This Season Will Be Completely Different

Gimple’s past work includes him writing for NBC’s Life, Fox TV’s Drive and ABC’s FlashForward. Gimple is also responsible for co-writing the script for Ghost Rider 2 alongside Seth Hoffman.

During the Season 4 finale episode of The Talking Dead, Gimple spoke about the excitement and show plans behind the upcoming October 2014 season debut and proceeding episodes:

Note: once more solid, official information hits the web on Season 5 of The Walking Dead, we’ll make sure to update this post! 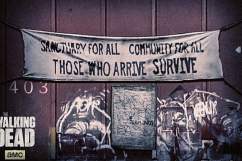