The legendary Aussie rockers AC/DC are to retire, according to The Daily Telegraph. The band have been together since 1973.

1. Reports Suggest the Band Will Never Perform Together Again

According to Rumor File, the band may never record or play together again.

@katie18O there is some quite sad detail about it all, that I will not be reporting on, but the band/management may choose to reveal this

2. AC/DC are a Money Making Machine

The band are one of the highest grossing of all time. Brian Johnson alone is worth $90 million.

3. They’ve Been Together For 41 Years

They were formed by brothers Angus and Malcolm Young in 1973.

They were inducted into the Rock and Roll Hall of Fame in 2003.

In May 2012, when talking about new material, Angus Young said:

You know what Brian’s (Johnson) like. He just says things and then walks away. It’ll be a little while – a year or two anyway. I’ve been doing some jamming on some song ideas but I do that all the time, as do the rest of the band. We are still working. But we had a long rest between Stiff Upper Lip and Black Ice, so I think we need a couple of years to recuperate and work on it a bit more.

Later in 2012, the band released their first live album in 20 years. 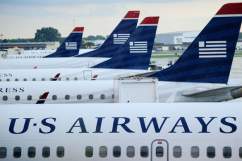 Read More
5 Fast Facts, Australia, Breaking News, Celebrities, Music
The band have been together since the dawn of time, is this the end?