Andre Johnson, a rapper with ties to the Wu Tang Clan, cut off his penis in a bizarre suicide attempt, TMZ reported Wednesday. The gossip site originally reported that Johnson is the rapper Andre Roxx, but changed its story later in the day and said Johnson goes by the name Christ Bearer.

1. TMZ Says He Jumped Off an Apartment Building

The gossip site reports that Johnson jumped off of a second-story apartment building in North Hollywood, California. He was found on a sidewalk at around 1 a.m. on April 16.

The video above, featuring Christ Bearer and a rapper named Rugged Monk went up on YouTube just yesterday. Rugged Monk is a member of the Black Knights. It’s the official music video for the song “OOH!”

3. Christ Bearer is Part of a Group Called Northstar

This list of Wu-Tang affiliates lists Bearer as a member of Northstar. The group’s other member is Meko The Pharaoh. The Wikipedia entry says Northstar used to record under the name Black Knights of the North Star before the group broke into Northstar and the California Black Knights.

4. Wu-Tang Has Many Associate Groups and Artists

The Wu-Tang Clan is made up of several MCs who are considered to to be its main members, but the group is also connected to associated hip-hop acts who are referred to as “Killa Beez” and “Wu Fam”. These affiliate rappers usually receive some type of financial, musical and production support from the main Clan members. In addition to Northstar, some of the more popular “Killa Beez” and “Wu Fam” rappers/groups include A.I.G., American Cream Team, C.C.F Division and Brooklyn Zu.

5. Johnson is in Critical Condition

He was rushed to Cedars Sinai, where he is in critical condition, according to TMZ.

It’s Not Clear What Doctors Will be Able to Do

It’s not clear if doctors are attempting penis reattachment surgery.

It’s been a tough few months for Wu-Tang’s associates. In December, Shyheim Franklin was charged in a fatal hit-and-run crash in Staten Island. 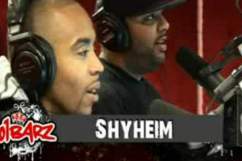