Last night, The Voice judge Blake Shelton decided it’d be hilarious to post fellow judge Adam Levine’s cell phone number on Twitter. While we all find this to be genius, he may have taken their friendly rivalry a little too far. The two are known for making sarcastic comments and pulling pranks on each other, but Levine may not have thought this one was very funny.

While you’re wondering … Below you can find all the “threatening” tweets from Shelton that led up to him finally tweeting Levine’s number.

.@adamlevine… I just found the craziest thing in my phone!!! Your PERSONAL cell phone number… hope I'm not stupid enough to tweet it out…

I should do it right? Who wants @adamlevine's personal cell number?? 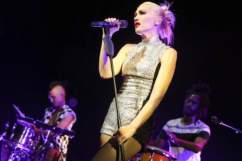