Tonight was Disney night on Dancing With The Stars, so we got to see out favorite stars taking on the characters of Cinderella, Beauty and the Beast, and Mary Poppins. Take a look at the Top 10 Highlights from tonight’s show.

1. There Was an Amazing Opening Performance as Always

Every week on Dancing With The Stars, the professional dancers do an opening performance together. Check out tonight’s performance.

2. Charlie White Dropped His Can In His Performance

Charlie White always gives an amazing performance and tonight was no different, but tonight he dropped his cane, which was a big flub. Even with his mistake, however, the judges still gave him a fantastic score.

3. Cody Simpson and Nene Leakes Were Announced as Being in Jeopardy

#TeamCody dancing to 'I Just Can't Wait To Be King' from The Lion King! #DisneyNight

Both Cody Simpson and Nene Leakes were announced as having some of the lowest votes fairly early in the show, but the third couple in jeopardy, Candace Cameron Bure and Mark Ballas, wasn’t announced until later. Ultimately, it was Cody Simpson who was sent home. 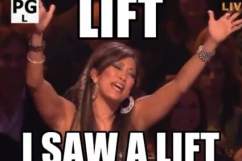 Cody Simpson Gets Sent Home on ‘Dancing With The Stars’

4. Donnie Osmond Was a Guest Judge

At #DWTS, @DonnyOsmond told me he'll be an "honest" judge tonight but not mean! He's ready to have fun. pic.twitter.com/pKeA1jFhZp

Donny Osmond was a guest judge on tonight’s show. While he loved most of the dances, he did give Cody Simpson a bit of a hard time, saying that Simpson didn’t look like he was enjoying the dance.

5. Amy Purdy Was a Beautiful Cinderella

Amy Purdy struggled this week to learn her dance and had a little bit of a breakdown over not having her legs to help her through the dance. As Purdy cried, partner Derek Hough hugged and consoled her. Even with the tears, they powered through and created a beautiful dance to “So This Is Love.” And, even though there was a lift, judge Carrie Ann would not deduct points because she felt the lift was necessary given Purdy’s circumstances. 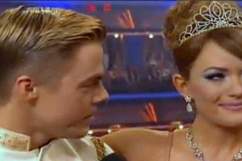 WATCH: Amy Purdy as Cinderella on ‘Dancing With The Stars’

Click the “Next Page” button below to hear about Nene and Tony’s fight, see James Maslow’s perfect score, watch more amazing performances from tonight, and hear all about next week’s guest judge.