On Game of Thrones, Jack Gleeson played King Joffrey, who was just poisoned on the last episode.

Now that his role in the popular show has ended, there is talk of what awaits the talented Irish native.

He shocked Hollywood after announcing his plans for an early retirement.

Here what you need to know about the 21-year-old who played a notorious character who fans loved to hate.

1. He Says He Doesn’t Want to Be an Actor Anymore

Although he’s seemingly at the start of a bright future in Hollywood, he admitted he isn’t as into acting as he once was:

I just stopped enjoying it as much as I used to. And now there’s the prospect of doing it for a living, whereas up until now it was always something I did for recreation with my friends, or in the summer for some fun. I enjoyed it. When you make a living from something, it changes your relationship with it. It’s not like I hate it, it’s just not what I want to do.

He is also willing to forgo an actor’s salary for a more fulfilling career.

The Independent quoted him with saying:

I’m happy to sacrifice a big pay cheque for my happiness, if that’s not too corny a thing to say. It’s probably more naive than mature to say that, maybe, but that’s how I feel.

2. He Attends College in Dublin

In the above video, he was invited to speak at the Oxford Union, the world’s most famous debating society at Oxford University.

The young actor got a scholarship to the prestigious university, Trinity College. He studies philosophy and theology there, and has abandoned his original idea of becoming an academic.

He expressed his change of course to Entertainment Magazine, saying, ” Yeah, I wanted to be an academic when I was 19 or 20. But, I’ve gone off that idea. The lifestyle is kind of lonely and isolated. I don’t think that would suit me.”

In the second episode of Season 4, shown above, Joffrey was poisoned.

He told Entertainment Weekly about filming the scene:

It’s relieving, in a way. You want to do the scene and character justice. It’s a complicated scene; I’ve never had a death on screen before. You want it to look believable — the choking and the coughing.

In a sense, his character’s death will be a relief to the show’s creators.

His bosses felt that because he was so hated on the show — a testament to his acting talent — he would get into trouble off screen.

David Benioff, one of the creators of the show, said, “We’re always worried about him.”

4. He Was Originally Supposed to Be Cast as Joffrey’s Double

The show’s creators, Benioff and D.B. Weiss, talked about their discovery at a press conference.

When it came time for the audition, it was like he flipped a switch and he became the most despicable teenager on the planet.

He had a role in Batman Begins in 2005. The above video shows his scene with the Caped Crusader, played by Christian Bale. 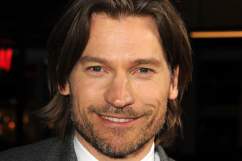 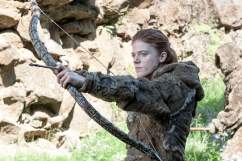