It’s here. The last time we’ll see James Gandolfini on screen in something new. The Drop, ahem, drops, in September 2014 and the first trailer is out today. The movie also stars Tom Hardy and Noomi Rapace. It’s a pretty gritty crime drama set in Brooklyn which looks like it’s going to draw a bit of Tony Soprano out of Gandolfini. Which is fitting for his final role. 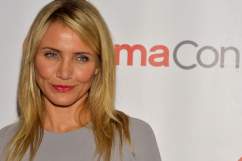