Kim Kardashian and Kanye West are getting married. We’ve gathered all the information we could as the moments lead up to the big day. In turn, we will be updating this post with more and more information to satisfy your Kimye wedding cravings.

Kim Kardashian and Kanye West have reportedly obtained a “confidential” marriage license and are keeping things very hush hush in terms of the wedding. Sources have reportedly told TMZ:

They already have a marriage license and plan to tie the knot before the week is out. We’re told it’s strictly on the QT … so much so they got a “confidential” marriage license so no one officially knows.

With a confidential license, the couple won’t have to appear publicly at a courthouse to get married, so they can be married privately, outside of the public eye. Supposedly, they will be married at home in California.

3. No guest list has been released. Seeing fake ones. Especially not 1600 people invited like I just read. Its VERY small & intimate

I love my family pic.twitter.com/SDZohbsoaA

Originally, the wedding date was reported as May 24, 2014 and this could perhaps be the date of one of the couple’s lavish receptions. While, the plan is reported to be actually married in an intimate gathering in California, a big bash is said to be planned in Paris. Kim K. told Ryan Seacrest:

We’re having a super, super small, intimate wedding. As we go along, we’re realizing we want it to be smaller and more intimate than people are imagining and thinking.

3. Their Wedding Photos Will be Featured in Vogue

There was more to the deal of Kim and Kanye’s bridal shoot with Vogue magazine. According to Hollywood Life, Kim and Kanye struck up a deal with the magazine for the publication to be able to feature the photos from their wedding in their summer issue.

As much as we would love to share these memories on camera, we've decided to keep this close to our heart & share thru photos

4. We Will Not See the Wedding on Keeping Up With the Kardashians

In an interview with Kim, Ryan Seacrest asked her about who takes care of most of the wedding details and Kim responded with:

There’s certain things where I’m like, ‘I know you’re going to hate the seating chart, so I’ll take care of this. And then there’s some things that are really important to him. [But the] seating chart is like death.

Unfortunately, we will not be seeing the wedding on an episode of Keeping Up With the Kardashians, but we will see everything that leads up to it and after the wedding.

2. We are not filming our wedding for Keeping Up With The Kardashians. You will see everything leading up til and after!

5. Kim’s Wedding Dress Has Been Created by an Elite Designer

E! News has spoken exclusively to a source who has confirmed that Kim has indeed decided on her wedding gown. A source told E!:

She’s picked out her dress, and she beyond loves it.

The rumor is that Kim’s dress will be a Balmain design since she’s been frequenting the designer on each trip to Paris. Hollywood Life believes that Kim’s wedding gown could definitely be made by Balmain, but they’re not positive:

Kim Kardashian, 33, was photographed on her way to the Balmain show room in Paris on April 30, just two weeks after the last time she visited where she got quite cozy with Balmain Creative Director Olivier Rousteing … It also might not be for her wedding at all — it could be for the Met Gala! We know Kim is planning on attending on May 5 on Kanye’s arm.

4. Seeing fake wedding dress pics of me. No one has seen my dress! Those photos are old or photo shopped. 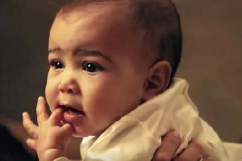 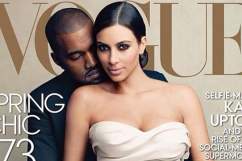