Lisa Nicole Cloud is an entrepreneur married to Dr. Darren Naugles and she’s a mother of two children. She’s also one of the new additions to the Married to Medicine cast. Check out the facts on Cloud.

Lisa Nicole Cloud will be appearing on the new season of Married to Medicine. Check out this trailer to see what’s in store for viewers this time around … According to Bravo TV:

The first episode is filled with some deep and dangerous drama. We’re talking changing friendship between the Queen B and Miss Quad. Trouble off the bat with the newest lady in the group, Dr. Heavenly, and baby craziness.

2. Dwight Eubanks from Real Housewives of Atlanta Is Reportedly her Business Partner

Please help me get the word out about the Atlanta A List Fashion Experience….be a part of 'Fashion For A Cause' pic.twitter.com/jnihYoSdCd

Lisa Nicole Cloud runs a successful fashion line and her business partner is reportedly Dwight Eubanks, according to Straight From The Tea. Cloud’s Bravo bio states that:

Lisa Nicole Cloud does so many things that it’s hard to keep track. Her Bravo TV bio lists her many endeavors as:

4. The Government Brought Cloud to Atlanta

Cloud comes from a family of divorce and she resided with her mother. Cloud’s mother was not your typical single parent, though. In an interview with Spark Plug People, Cloud reveals that it was her mother’s government job that transferred her to Atlanta and that she’s actually a very successful business woman.

She got involved in entrepreneurship, I guess, in the early to mid-80′s and at that time, the medical field was thriving … So, no matter what obstacles came her way, she always landed on her feet and found the next business venture to get involved with, and I learned that you can’t just try something once and if it doesn’t work out or something changes about the industry, that you just go back to working a job. She did not want to ever go back to working a regular job and this taught me to persevere.

Even though Cloud’s parents were divorced and her father lives in the Virgin Islands, Cloud still maintains a loving relationship with her father.

I visit the Virgin Islands at least once a year, sometimes two and three times a year … But yeah, my father and I over the years have gotten to be very close. He has a very peaceful, gentle spirit and he’s very laid back. He’s given me balance, so that I’m not just always driving, driving, driving, which I have a tendency to do.

5. Ms. Millionaire Maker Is Her Nickname

Lisa is a former pharmaceutical sales rep who is now known as “Ms. Millionaire Maker” for her accomplishments in the development of MLM Millionaires who have been personally coached and mentored by her! Lisa teaches her mentees how to turn their passions into profits and tap into their greatness. 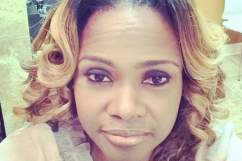