The most dedicated Star Wars fans have been following along with the film’s expansive history since its inception.

The “Expanded Universe” portion of the Star Wars mythos has become an official part of the story canon through the introduction of several video games, comic books and novels.

Now that Disney and Lucasfilm are planning to launch the next installment of Star Wars movies, a set of franchise changes are on the way. One of those changes has already been announced – the franchise will move away from the events that transpired in the past Expanded Universe upon the releases of Episode VII, Episode VIII and Episode IX.

In a press release statement seen on the official Star Wars website, this decision towards the Expanded Universe was explained in detail:

While Lucasfilm always strived to keep the stories created for the EU consistent with our film and television content as well as internally consistent, Lucas always made it clear that he was not beholden to the EU. He set the films he created as the canon. This includes the six Star Wars episodes, and the many hours of content he developed and produced in Star Wars: The Clone Wars. These stories are the immovable objects of Star Wars history, the characters and events to which all other tales must align.

Now, with an exciting future filled with new cinematic installments of Star Wars, all aspects of Star Wars storytelling moving forward will be connected. Under Lucasfilm President Kathleen Kennedy’s direction, the company for the first time ever has formed a story group to oversee and coordinate all Star Wars creative development.

The Expanded Universe content that saw release before the introduction of the next three films will fall under the new “Star Wars Legends” banner. The 1st new piece of extended canon content for the new Star Wars films will come in the form of a novel called Star Wars Rebels:

On the screen, the first new canon to appear will be Star Wars Rebels. In print, the first new books to come from this creative collaboration include novels from Del Rey Books. First to be announced, John Jackson Miller is writing a novel that precedes the events of Star Wars Rebels and offers insight into a key character’s backstory, with input directly from executive producers Dave Filoni, Simon Kinberg, and Greg Weisman.

Star Wars: Episode VII will officially be launching in theaters on December 18, 2015. Lucasfilm has noted that some elements from past Expanded Universe content might be included in the newest episodes. 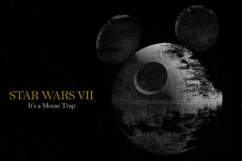