Now it’s not always nice to kiss in tell … or in this case, to not kiss and tell. James Franco was put on blast by a teen fan who basically played him after the star connected with her via Instagram and phone. At the same time, Clode is underage … by one month. While some are siding with Clode, others believe Franco was just set up.

In the video above, Franco addresses the scandal on Live With Kelly and Michael. Meanwhile, in a curious coincidence, Franco has a film coming out where he plays a coach in a relationship with a teen soccer player.

Have a look at the 411 on Lucy Clode and how the whole situation unfolded:

1. The Two Met at an Autograph Signing

James Franco Responds To Rumors That He Tried To Hook Up With An Underaged Fan on Instagram: http://t.co/MVyVyWPcFv pic.twitter.com/CILuozWH8E

James Franco went outside to sign autographs after his current play Of Mice and Men on Tuesday when Lucy Clode captured the star on video. Towards the end of her video, which she posted on Instagram, Franco told her to tag him in it. She did and that’s how the whole situation started. 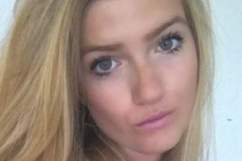 2. The Two Began an Online Flirtation

After some direct messaging, the messages turned to text messages once Franco asked for Clode’s phone number. The two carried on a short flirtation where Franco asked Clode if she had a boyfriend and she replied with “not if you’re around,” followed by smiley faces with hearts in their eyes.

"@3am: Is this how Hollywood superstars pull? James Franco messages to 17y/o go viral pic.twitter.com/V3ax0N2o0H" @BralynskiA

3. Franco Posed in a Photo With Lucy’s Name on It

Clode and Franco texted back and forth. As Franco was trying to meet up with the young blonde, she wrote that she wanted to make sure it was really him. Franco sent her a photo of himself and later sent her another photo of himself holding a piece of paper with her name on it to prove his identity. Clode then released all the evidence.

4. Clode May Very Well Have a Boyfriend

Clode is a Scottish girl who flew to NYC and was staying with her mother as part of her 18th birthday present. And, it looks like Clode does in fact have a boyfriend. Her Twitter photos are of her and a boy together. That same boy is in her Instagram photos with the caption: Love Brodz.

If Clode does have a boyfriend, it’s no wonder Clode “rejected” Franco as she nicely put on her Twitter: I'M NOT! I HOPE PARENTS KEEP THEIR TEENS AWAY FROM ME. Thank you http://t.co/I1d4n3yVe0

As a response to Clode releasing all the photos, texts, and messages from James Franco, Franco handled it like a pro, responding with humor as always. While the meme that went with Franco’s post cannot be viewed on his Instagram, we have found it in another person’s tweet below: 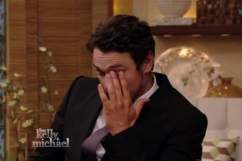