On April 22, Mandy Hansen joins the Northwestern on Deadliest Catch.

1. She’s the Daughter of Captain Sig

Sigurd Jonny “Sig” Hansen is the captain of the Northwestern and has been on the reality show since its premiere in 2005.

It’s uncanny how similar he is to his teenage daughter.

She is Sig: She has Sig’s drive, Sig’s attitude. She said once that she has a lot of pressure in her life that her father doesn’t realize: She’s isn’t a Hansen until she goes fishing. This is something she has to do. This is something she’s always wanted to do. And this is not prompted by the show. This is Mandy taking a rite of passage into her life.

2. She Spends Her Summers on the Boat

The family resides in Seattle.

From a very early age, the youngster passed her summers on her dad’s boat.

So, she’s been doing that since she was, what, 14? She’s had job offers from other salmon boats. And then she said that she was going to try crabbing, of course. And I said, ‘Over my dead body — or it’s going to be on my boat.’ And then, one thing led to another. She’s a pretty persuasive kid.

She’s always been in love with the water. She just wants to be outdoors; she’s the adventurous type. As far as being able to go fishing or whatever she can do, she wants to be a part of that.

4. She Wants to Go to a Maritime Academy

“But, I mean, she’s trying to get into a maritime academy where, technically, she’ll have a license. So she could run ocean liners and freighters,” her dad confirmed.

That will make her more professional than her father, who said, “She’ll have a bigger license than Daddy; who’d have thought?”

Since the job is usually done by men, Mandy may have to work extra hard to prove her worth. Their job, crabbing in the Bering Sea, is one of the most dangerous professions in the world. 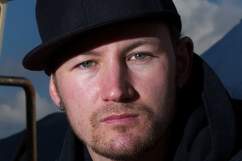 Read More
Celebrities, Deadliest Catch, Reality TV, TV
There is a new cast member on Deadliest Catch ... and it's a woman. Meet the 18-year-old daughter of Captain Sig.