Egan on the right pictured with his attorney Jeff Herman. (Screen grab via Splash News/TMZ)

Michael F. Egan III is the plaintiff in a lawsuit alleging that X-Men director Bryan Singer sexually abused Egan in 1999. The suit, filed in U.S. District Court in Hawaii, accuses Singer of using drugs, alcohol and his power and influence to take advantage of Egan.

1. The Complaint Says The Abuse Happened When Egan Was 17

The suit accuses Singer of sodomizing Egan at a Southern California mansion when Egan was 17. Marc Collins-Rector, a disgraced dot-com entrepreneur and registered sex offender, is also named in the suit. Collins-Rector spent time in prison for luring five minors across state lines for sexual purposes in 2004.

The suit says that Collins-Rector used a home in Encino, dubbed the M&C Estate, to host “notorious” parties for Singer and other investors in Collins-Rector’s ventures. At a press conference Thursday, Egan told reporters he was raped “numerous times, by numerous individuals” at the estate, and that he was put on the payroll of one of Collins-Rector’s businesses and treated with lavish gifts.

The suit also says that many in Hollywood are aware of the parties.

The suit contains this graphic description of some of the abuses Egan is alleging:

Egan said at Thursday’s press conference that he and his mother went to the police and FBI to complain about the alleged abuse in 2000. Egan said he was interviewed about the claims, but the case went no further. The Hollywood Reporter reported Thursday that a minor referred to as “Michael E” filed a sexual abuse lawsuit in 2000 that named the hosts of the party as defendants but did not name Singer.

2. Egan’s Lawyer Said Singer Would Give Drugs and Alcohol to Egan

Jeff Herman, the lawyer representing Egan, said Thursday that Singer flew his client to Hawaii twice in 1999 and gave him cocaine, ecstacy and alcohol before “anally raping” Egan. Egan claims that he and Singer spent time on Paul Mitchell’s estate and were forced to room together.

Marty Singer, the lawyer for The Usual Suspects director, said Thursday that the claims are “completely without merit” and that he’s “very confident that Bryan will be vindicated.” Marty Singer, who is not related to the client he is representing, took aim at Herman Thursday, telling the Reporter that Herman is seeking his “15 minutes of fame” and that, had Bryan Singer been guilty, he would have been named in the 2000 suit.

Michael Egan speaks out about alleged sexual abuse when he was a teen by director Bryan Singer. pic.twitter.com/4TDPCFEREd

Marty Singer has previously represented stars such as Arnold Schwarzenegger and Sylvester Stallone in lawsuits, according to The New York Times.

3. Jeff Herman Says ‘Hollywood Has a Problem With Sexual Exploitation’

In a statement, Jeff Herman said:

Hollywood has a problem with the sexual exploitation of children. This is the first of many cases I will be filing to give these victims a voice and to expose the issue.

During a press conference to announce the suit, Herman said there was a Hollywood “pedophile ring” and that “you were like a piece of meat to these people.”

Jeff Herman is Boca Raton based lawyer. He previously represented one of the plaintiffs in the Kevin Clash/Elmo sexual abuse case. During the media conference to announce the Egan lawsuit, Herman added that he would be filing more lawsuits in relation to the case.

4. We Don’t Know How Much Money Egan is Seeking

Michael Egan is suing for an undisclosed amount of damages from Singer. In addition to the sexual assault charges against Singer, Egan accuses the director of battery, intentional infliction of emotional distress and invasion of privacy by unreasonable intrusion.

5. Egan Had Been an Aspiring Actor

At the time of the abuse, Egan was an aspiring actor and model, according to Variety. At the age of 14 or 15, Egan and his family moved to LA from the Midwest to help him break into the movie industry. A friend from Egan’s school in the San Fernando Valley introduced him to Chad Shackley. The legal docs say that at the time Shackley was living in the M&C Estate in Encino. Egan says that through his connection to the M&C Estate he was sent on lucrative modelling and acting auditions. The complaint further states that threats were made against Egan and his family:

He was advised that those adult males [who visited M & C Estate] controlled Hollywood and would destroy his hopes and dreams of an acting career if he did not keep them happy. They threatened to “eliminate” him and his family, and told him that they were monitoring not only his phone, but those of his family members, and asserted he would be “destroyed” if he ever disclosed the unconscionable activities that occurred at the estate. 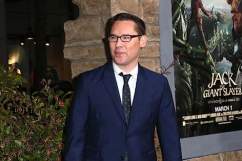