Palo Alto is really about teenagers who are growing up too quickly in California, where drunk driving, smoking, and random hookups are commonplace.

The message behind the indie film has been getting distorted as of late. The author of the book the movie is based on, James Franco, confessed to trying to woo an underage fan.

Coincidentally, in the movie, which hits theaters on May 9, his character embarks on the same mission.
Here’s all you need to know about the coming-of-age story, which blurs the line between reality and fantasy.

1. It’s Based on Franco’s Short Stories

The actor turned writer published the book in 2010, which is a collection of short stories.

In an interview with Los Angeles magazine, he gave this synopsis of his writing debut:

The book Palo Alto is a set of connected stories, so you get much more of the exterior behavior. You get more of a sense of narrative.

Although people dismissed his becoming an author, Franco takes it very seriously. In fact, he’s on the track to earning a Ph.D. in English literature.

In the tale, set in a high school, Franco plays a soccer coach, Mr. B., who comes on to a student on his team.

April also babysits for Mr. B.’s son, so has contact with him outside of school. Mr. B. offers to tutor April and during one of their sessions, he kisses her.

After he confesses his love for her, she gives in and lets him undress her. Since this was a very vulnerable moment for her, she was hurt to find out that her coach had pulled the same with one of her teammates.

The film’s director, Gia Coppola, knew Roberts socially.
In the film’s production notes, she said she chose her because the actress “already knew what it was like to be a teenage girl.”

3. Real-Life Franco Traded Pictures With a Teenager — to Promote the Film?

When news came out that Franco was trying to hook up with a 17-year-old fan who waited for him outside his Of Mice and Men stage door, the media became suspicious of his intentions.

Curiously, the scandal broke on April 1, the same day he released a new trailer for the film. Many speculated that his supposed indiscretion was really a publicity stunt.

The trailer for James Franco's new movie Palo Alto came out on Tuesday, the same day he tried to hook up with a minor on Instagram. 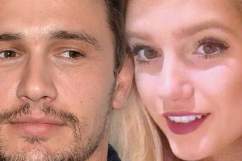 Francis’ granddaughter is attached to the project.

She was committed to the project, telling Variety, “The hardest thing on ‘Palo Alto’ was letting go because I kept working on it, trying to make it better. I’ve been so immersed in it.”

The 27-year-old began working on the film two years after reading the book. She connected to the stories, saying, “I had just finished college and the book really resonated with me.”

Being a part of Hollywood royalty only helped her in the process.

As far as Franco’s involvement, Coppola had him to guide her. “He was helpful in terms of suggestions as to what dialogue would work but he also wanted to give me the creative freedom to do this,” she said.

Slate had this to say about her role:

Coppola, for her part, seems to have copped some technique from her aunt: the neon lettering, understated depiction of adolescent chaos, and wry teen-speak all bring to mind The Virgin Suicides andThe Bling Ring. We’ll see if she can step out of her family’s shadow

Franco was pleased with her telling his story. In the film’s notes, he said, “She brought a great sense of character, composition, and pace to Palo Alto.”

There is a lot of legacy in this movie. Kilmer’s son, Jack, plays Teddy, the angst-filled teenager.

Early on in the movie, he is caught driving while intoxicated, getting into a car accident, and fleeing the scene. As a result, he’s given community service hours.

He also pines for Emma Roberts, and finds it difficult to connect to her. Towards the end of the film, he finally confesses his love, and she is left speechless.

This marks the 18-year-old’s on-screen debut, as a troubled high school student trying to find his way. His father, Val, is also in the film, playing April’s kooky step father.

Uproxx commented on the different Hollywood generations that are represented in the film:

Coppola actually knew Kilmer as they went to the same grammar school and their families were friends. 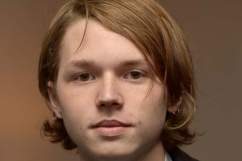 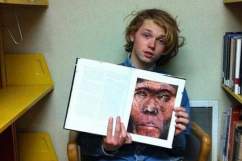