Peaches Geldof, the daughter of “I Don’t Like Mondays” singer Bob Geldof, died Monday, April 7 at the age of 25, reports The Daily Mirror. Police were called to her home in Wrotham, Kent, to perform a welfare check at 1:35 p.m., according to local news outlet Kent Online. Her death was later confirmed by the South East Coast Ambulance Service.

Peaches Honeyblossom Geldof is survived by her husband Thomas Cohen, sons Astala and Phaedra, her father Bob, her sisters Fifi Trixibelle and Pixie, and her half-sister Tiger-Lily.

1. Her Death Was Reported to be From a Heroin Overdose

The May 1 edition of The Times of London reported that her death was the result of a heroin overdose.

Police in Kent, England are saying that her passing is “unexplained” and “sudden,” reports the BBC. Her death is not being treated as “suspicious.” A police statement said: “The local coroner has been informed and a post-mortem is expected to be carried out in the next few days.”

Her father has released a statement saying:

Peaches has died. We are beyond pain. She was the wildest, funniest, cleverest, wittiest and the most bonkers of all of us.

Writing “was” destroys me afresh. What a beautiful child. How is this possible that we will not see her again? How is that bearable? We loved her and will cherish her forever. How sad that sentence is.

Tom and her sons Astala and Phaedra will always belong in our family, fractured so often, but never broken.

Her husband Thomas Cohen released his own statement:

My beloved wife Peaches was adored by myself and her two sons. I shall bring them up with their mother in their hearts everyday. We shall love her forever.

Peaches had been warned in 2011 about her radical juice diet, which had been known to cause “acute cardiac arrest.” She claimed in an interview with OK! Magazine that she could lose as much as ten pounds in four weeks by following the diet. “I do juicing. You juice vegetables and then you drink it three times a day. It’s gross. I do it usually for about a month,” she said in the interview. 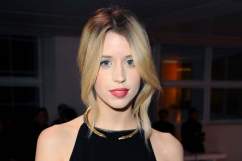 2. Peaches Grew Up as a Celebrity

She was the daughter of Bob Geldof, lead singer for The Boomtown Rats and founder of Live Aid, and TV presenter Paula Yates. In 2009, she signed a modeling contract with underwear company Miss Ultimo. At the age of just 15, she began writing a column for Elle magazine. In 2009, she said in a documentary that she had become a Scientologist:

In 2010, a Reddit user named Thatcoolguyben, posted nude photos and a long story about a heroin-fuelled night he spent with Peaches at Scientology’s celebrity center. When she was 17, the tabloid media reported that she was snorting cocaine. She responded, “I’ve never done coke. My friends do drugs but I never use them. This is really upsetting for me.” In 2008, Peaches was also photographed handing over money to a man who had been accused of being Amy Winehouse’s drug-dealer. 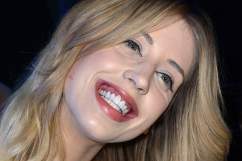 The fact that Peaches’ last tweet referenced her mother Paula Yates – with simply a photo of the two of them – makes it all the more poignant.

What’s more, the mum of-two had seemed so blissfully happy in recent years since she gave birth to her two little boys – who clearly were her everything, right until the end.

Peaches pictured with her husband Thomas Cohen in November 2012. (Getty)

She was married twice. In 2008, she married Max Drummey from the band Chester French. They were divorced in 2011. Later she married Cohen, another indie star from the London-band S.C.U.M. He’s the father of both of her children. The Daily Mail noted that on her wedding day, Peaches wore three gowns. The paper also quoted Thomas Cohen’s mother calling the bash “a country wedding meets Shakespeare’s A Midsummer Night’s Dream.”

This was taken on Peaches' wedding day, she was so happy, so in love, so beautiful. That's how I'll remember her. RIP pic.twitter.com/kTJsHXt0Q0

She was also engaged to movie director Eli Roth in 2010. 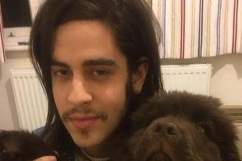 In November, Peaches was formally cautioned by police for naming the women at the center of the Ian Watkins scandal. Taking to Twitter, Peaches was outraged that the two women who gave their babies up to be sexually abused by the Lost Prophets singer were not named publicly by police. She later apologized for her actions.

Her mother, Paula, was found dead of a heroin overdose in September 2000. Famously, Yates left Geldof for INXS lead singer, the late Michael Hutchence in 1995 when Peaches was 6. Writing in Elle Magazine in 2012, she wrote about her mother’s death:

I remember the day my mother died, and it’s still hard to talk about it. I just blocked it out. I went to school the next day because my father’s mentality was ‘keep calm and carry on.’ So we all went to school and tried to act as if nothing had happened. But it had happened. I didn’t grieve. I didn’t cry at her funeral. I couldn’t express anything because I was just numb to it all. I didn’t start grieving for my mother properly until I was maybe 16.

Tragically, Peaches’ then 4-year-old half-sister, Tiger Lily, was found in the same room as Yates. An inquest into Paula Yates’ death indicated that she had just begun to take drugs regularly at the time of her death.