This year marks the 25th anniversary of People’s Most Beautiful issue and we’ve got a couple clues about this year’s cover. The issue comes out tomorrow, with the full list of the 50 most beautiful people of the year. As far as the cover, the only hints that have been given are that it’s a woman and she’s never been on the cover before …

Throughout the last 25 years, there have only been three men on the cover (Tom Cruise, Mel Gibson, and Leonardo DiCaprio) and Julia Roberts has actually received the honor four times. Last year, Gwyneth Paltrow was the issue’s cover girl. 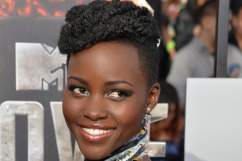 Read More
Celebrities, Twitter
So, who made the cut for the 2014 People's Most Beautiful list for the issue's 25th anniversary? We find out tomorrow, but here's some hints.