(UPDATE: For a recap of the episode, click here.)

Tonight is the season 3 finale of Scandal and we’ve gathered all the possible spoilers we could to get you ready for the big night. Check out these quotes from the cast, hints, predictions, and spoilers.

– Jeff Perry, who plays Cyrus, spilled some details to People:

We are now 48 hours from the election. And the President is four to five points down in the polls, both Sally Langston and Sam Reston are both ahead of us. Sally with the biggest lead. And Cyrus has no idea what to hell to do. The bomb is ticking in that cathedral. Is it going to off?

The bomb definitely goes off and Washington states:

The explosion has huge impact on the election, but I can’t say more than that. It’s a definite game-changer.

One of the craziest things about this season’s finale is that you’d think at this point it would be impossible to shock us as a cast anymore, but we were floored after this table read. It gets crazier and crazier in the most wonderful way. Even the writers were excited about it during the table read. [Showrunner] Shonda [Rhimes] kept saying, “It’s only Act 2! It’s only Act 3!” because we couldn’t believe how much story was being exploded in each act. It’s quite a ride.

Here's a little sneak peek at Thursday's #ScandalFinale. #WhatTheHuck is in this envelope, Gladiators!? http://t.co/TZY9CSaVha

– As far as the possible explosion, Washington says:

The finale features the final day of the election. We’ll deal with that incident and move forward.

And, when Olivia’s parents are concerned:

You will learn a lot about Olivia by the way in which she interacts with her parents and their mortality in this episode.

– Hypable.com has some predictions about tonight’s episode and we’ve got them for you right here. Remember, these are predictions, not spoilers: Sally will die, Fitz and the White House are fixated on eliminating Mama Pope, Rowan will end up “being a bad guy,” Maya will survive, and Mellie will reveal Jerry’s real father.

This final moment will be divisive. Some people will think, ‘Thank God, yes, that’s exactly what we wanted to see happen.’ Other people will be up in arms. Twitter will explode. Explode! Last season it was the “dad” moment. This season, it’s not so much an, ‘Oh my God!’ — you’re either going to love it, or you’re going to be up in arms. And I have a feeling there’s going to be more people up in arms.

The final shot of the episode is not anything I could have imagined weeks before — or the episode before. 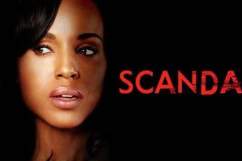